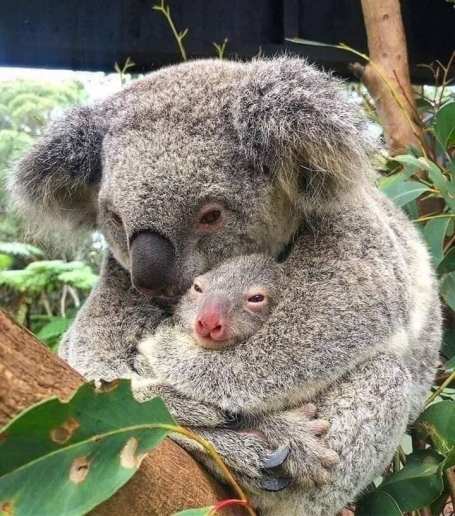 Covering an area thirteen times larger than that burned during California’s worst fire season, and 46% bigger than the land affected by last year’s Amazon forest fires, devastating bushfires are raging across the continent of Australia, endangering people and animals alike. As of mid January over twenty-five million acres–an area the size of the U.S. state of Virginia–had been scorched by the Australian fires. A much larger area has been affected by the resulting clouds of smoke. Around 2,000 houses have been burned to the ground, and at least twenty-five people have died as hundreds of thousands more were evacuated from dangerous areas. But the largest toll of all has been taken on Australia’s non-human inhabitants, the rich diversity of animal species who call the continent home.

Australia has been geographically isolated from the rest of the world for many millions of years, allowing one of the planet’s most unique assemblages of plants and animals to evolve there. A few, like kangaroos and koalas, are well-known and beloved by people all over the world. However, the vast majority of Australia’s unique species are much less famous. Scientists estimate somewhere between 500,000 and 600,000 animal and plant species–about five percent of all species in the world–live on the continent. More endemic species (those found nowhere else in the world) are found in Australia than any other country. Almost ninety percent of all mammals, reptiles, and amphibians in Australia are not found anywhere else, and close to half its bird species are likewise unique.

Australia’s geology and climate also help make it different from any other place on Earth. It is the driest habitable continent, with large areas being characterized by desert and other arid ecosystems dominated by vegetation adapted to survive with little moisture. Perhaps not surprisingly, seasonal fire cycles are a natural part of many such ecosystems–but this year’s fires have reached a whole new level of destruction with little if any precedent. It’s also clear what one of the major contributing factors to this disastrous season has been: climate change. 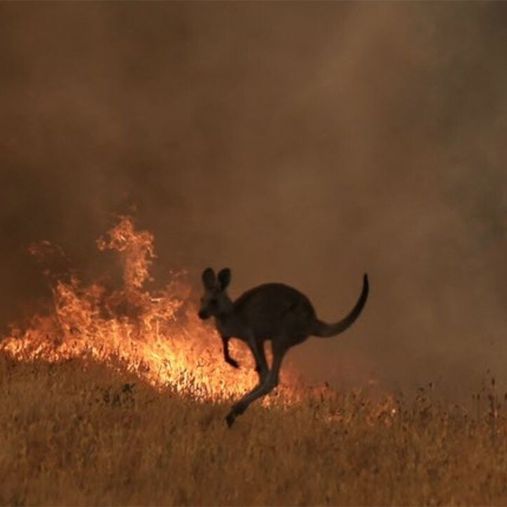 Unusually high temperatures and severe drought–exactly the kinds of conditions scientists predict will become increasingly common with climate change–helped set the stage for the 2020 bushfires. An ocean current oscillation event known as the Indian Ocean Dipole has also played a role. Occurring in years when the eastern Indian Ocean is significantly warmer than the western part, a “positive” Ocean Dipole causes rain patterns to shift westward, away from Australia and toward Africa. It’s therefore no coincidence that while Australia has been experiencing record-setting droughts over the last few months, parts of Africa have been drenched in floods and torrential rainfall. Climate scientists predict these positive Ocean Dipole events will become more common as a result of climate change caused by human activity.

The outlook for Australia’s wildlife under such a scenario looks grim. Many millions of animals have already been killed by this year’s fires, with some estimates putting the number at more than a billion. While such predictions come with a high degree of uncertainty–it’s unclear how many animals may have been able to escape by running or flying from the blazes–what is certain is the fires have been a disaster for animals who in many cases already face multiple threats to their survival. Logging, conversion of natural ecosystems to agricultural land, and the introduction of non-native species like domestic cats have decimated native animals in Australia, including charismatic species like the koala. This makes them all the more vulnerable to being wiped out by a single disaster like this year’s fires.

It may be months before we know the true extent of the bushfire animal casualties. However, there can be no reasonable doubt that as the climate crisis gets worse, more animals will be put at risk. Nor are the negative effects of a warming climate in Australia limited to fires. Warming of the oceans combined with ocean acidification–a process caused, like climate change itself, by the buildup of carbon dioxide in the atmosphere–have already devastated one of the country’s most spectacular natural wonders, the Great Barrier Reef. To take just one more example, this January a record-breaking heat wave caused the deaths of at least 23,000 spectacled flying fox fruit bats who were unable to stand the searing temperatures.

In Australia, climate change is not a distant concern for future generations to deal with; its deadly effects are being felt right now.

Despite this, the Australian government is one of the most backward in the world when it comes to confronting the climate crisis. Along with the United States and a few other major polluter countries, Australia was one of the main opponents to forward progress at the 2019 U.N. climate negotiations meeting in Madrid. While Australia is still heavily dependent on fossil fuels and has one of the world’s larger per-capita carbon footprints, the country’s human population is so small it contributes only about one percent of global carbon emissions. You might therefore think its inaction on climate change isn’t such a big deal–but Australia’s impact on global efforts to reduce carbon pollution actually involve far more than the fossil fuels burned within its borders.

Much of Australia’s greater climate footprint comes from fossil fuels that it exports to other countries–particularly China and the nations of Southeast Asia. Australia is one of the world’s largest coal exporters, and is planning to open a massive new coal mining project known as the Adani Mine. By exporting fossil fuels abroad–and by pushing for weaker agreements in international climate talks–Australia’s government is worsening the climate crisis that has seen the country go up in flames.

So how sure are we that climate change really is mainly to blame for the bushfire crisis? The answer is: about as sure as it’s possible to get. While it is always difficult to link a specific weather event to a larger trend like climate change, factors like drought linked to the Ocean Dipole event described above have clearly been a major cause of conditions that made the fires possible. This hasn’t stopped climate change deniers from deliberately spreading misinformation. A Queensland University of Technology study using a Twitter bot-detection tool found that a high percentage of claims on Twitter attempting to blame arson for the fires are linked to bot or troll-like accounts. This suggests an organized misinformation campaign whose goal is to cast doubt on the link between climate and fires by suggesting that arson is mainly responsible instead.

Fortunately, animal lovers who care about the living creatures caught up in Australia’s massive fires can help in multiple ways. Donating to organizations working to contain the fires or rescue animals from the flames is one obvious step, but there is much more we can all do. If you are on social media, use your account to push back against the claims of climate deniers and draw attention to the real cause of the bushfire crisis. And perhaps most importantly of all, let your elected officials (whatever part of the world you live in) know you want action to stop climate change from getting any worse. Koalas, kangaroos, and countless other amazing Australian animals are counting on us.

WAV Comment – we fully support the work and efforts that are being put into this site. As the site says; there is ‘no excuse for animal abuse’. We welcome this work and especially think that the archives given will help many organisations with their work in fighting animal abuses.  This has been needed for a long time !

The aim of The Cruelty List UK is to collect information on animal cruelty prosecution cases  in the United Kingdom: England, Wales, Scotland and Northern Ireland.

Our case database #TheList already contains details of hundreds of convictions and, sadly, is  being added to all the time.

Each year the RSPCA investigates over 140,000 complaints of cruelty and neglect in England and Wales. The Scottish SPCA (SSPCA) receives around 1,000 reports of animal cruelty every week while Northern Ireland’s USPCA has averaged three reports per day since 2011.

In 2017 the RSPCA secured 1,492 convictions by private prosecution. Neither the SSPCA nor the USPCA bring prosecutions but still play a crucial role in bringing animal abusers to justice.

The main focus of the Cruelty List UK is on the abuse of companion animals – dogs, cats, horses, rabbits, reptiles and so on – though we also highlight prosecutions involving wildlife – badger crime, for example – and farm animals, including slaughterhouse cruelty.

Visit the site at https://thecrueltylistuk.com/ Animal abuse is a serious crime worthy of harsh punishment

Animal abuse is a serious crime worthy of harsh punishment

As it stands punishments meted out by the courts to animal abusers are woefully inadequate with offenders commonly receiving suspended prison sentences, paltry fines and nominal bans on keeping pets. One of our key aims is to campaign for stronger penalties for animal abuse. A lifetime disqualification order should be mandatory in EVERY case. Are these people really capable of being reformed? We think not.

Why we ‘name and shame’

We think it important that the names and faces of convicted abusers remain in the public eye long after details of them and their crimes have been consigned to newspaper archives.

The information which we publish here may also be a useful resource for pet rescue organisations.