From ‘The Independent’ – London 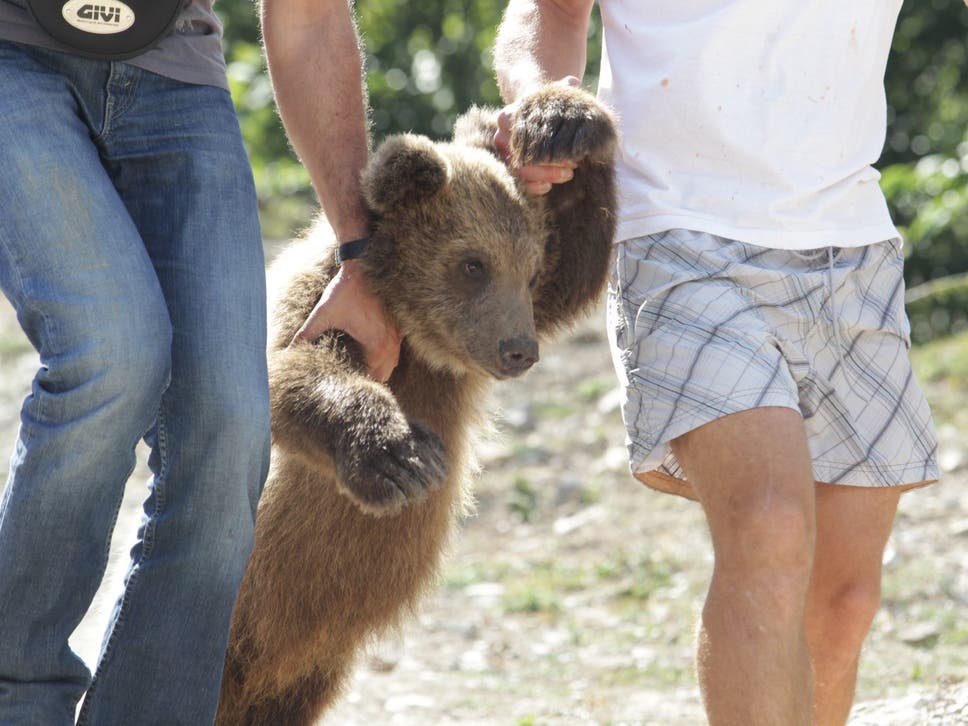 A restaurant in Albania is offering diners meat from illegally hunted bears – part of an illicit trade in wildlife that is “out of control” in the country, investigators claim.

Researchers said it was the first time they had seen bear meat cooked in Europe, and experts warned that the crude butchering of animals may lead to outbreaks of zoonotic diseases such as coronavirus.

Bears, monkeys and birds of prey are among live animals being sold on popular Albanian online marketplaces, the investigation found, raising fears for the survival of some species in the country.

Many photographs of the animals – along with foxes, barn owls and wolves – showed them with their mouths taped up or their claws chained.

The buyers are mostly restaurant and hotel owners who keep the animals to attract tourists, or individuals who want the animals as pets and status symbols, charity workers said.

Eagles, the national symbol of Albania, are especially popular with buyers and are often found stuffed as trophies in public places.

But hunting protected species, keeping them captive and selling them is banned in Albania, following a huge decline of native wildlife in the country.

Offenders may be jailed under the law, which was tightened in October, but enforcement of it is lax.

Four Paws said that after its team reported some of the illegal adverts, they were deleted but new ones reappeared.

“A large majority of the photographs displayed severe animal cruelty, such as foxes with sealed muzzles in plastic boxes, bear cubs in chains and birds with their feet tied,” said Barbara van Genne, of the charity.

Monkeys and birds of prey are often kept in bars and restaurants in Albania as a tourist attraction, while foxes are sold for their fur, according to the investigators.

Wolves are bought to be cross-bred with dogs for the puppies to be sold as guard dogs, commonly used in the mountains against wolves. But other animals are killed, stuffed and put on display.

Animals’ mouths are often taped to prevent them biting and their feet chained to stop them running away. 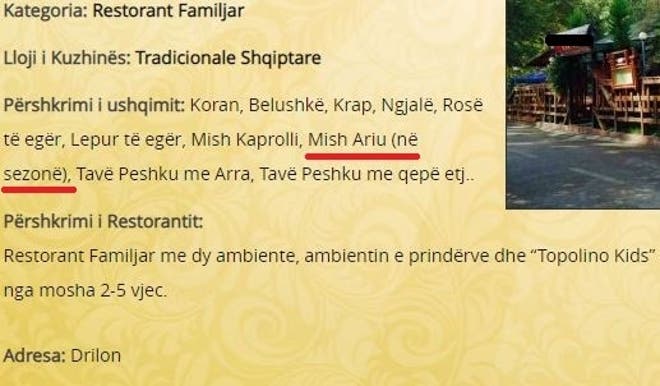 A restaurant in the town of Drilon has also been found advertising bear meat on its menu on Facebook. The listing, for “mish ariu” – Albanian for bear meat – added “ne sezone”, meaning “according to season”.

A spokesperson for Protection and Preservation of Natural Environment in Albania (PPNEA) said: “What is especially alarming about this is not only the fact that bear meat is being sold, it is also the addition in brackets of “ne sezone”, which gives the impression that there’s a hunting season for bears.

“In fact there’s no hunting season for any wild animals in Albania, there’s a hunting moratorium and hunting ban for years throughout the whole country – passed in 2014 and extended in 2016 until March 2021.

“The massive decline of wildlife in Albania triggered this.”

Bear meat dishes have previously been seen in Asian countries. The meat can trigger disease caused by parasites, with symptoms including diarrhoea, cramps, fever and hallucinations.

Prof James Wood, head of department of veterinary medicine and an infection expert at the University of Cambridge, said Covid-19 and other zoonotic viruses can be carried by contaminated meat from any species.

“However, the risks are far greater from butchering and hunting than they are from simple consumption,” he said.

“Bears are no more likely to act as a source of a zoonotic virus than any other species group.” He added that cooking was a highly effective means of destroying the Covid-19 virus and other infections, but that “eating bears is, of course, highly undesirable for many reasons, including conservation and animal welfare, if they have been kept in captivity before being killed”. 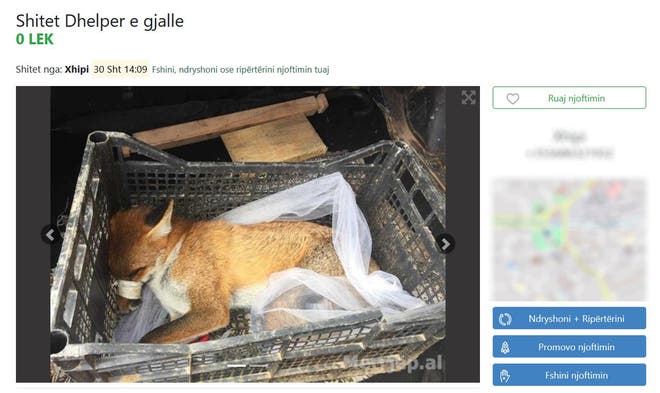 Ms van Genne said: “Four Paws has been active in Albania since 2015 but we have never seen such atrocities before. Until now we have mainly focused on restaurants that keep bears in small cages for entertainment of guests.

“This bizarre new discovery is a further indication that the commercial wildlife trade in Albania is out of control.”

She warned that if the government did not intervene soon, “the few native wild animals left will be history”.

“The platforms need to introduce preventive measures such as seller identification to stop these ads. However, the main problem for the illegal trade remains – the lack of control and enforcement by the authorities,” she claimed.

In the 1990s, there were still about 200 pairs of eagles in Albania, but today the number has halved.

A wildlife sanctuary that can carry out criminal prosecutions, take in rescues and educate people in species protection was urgently needed in Albania, Ms van Genne said.