This lion was badly mistreated! The poor animal was released from a circus in France! 🦁

Usually, a lion between the ages of ten and 15 weighs around 200 to 230 kilograms, but circus lion Jon weighs just 116 kilograms. 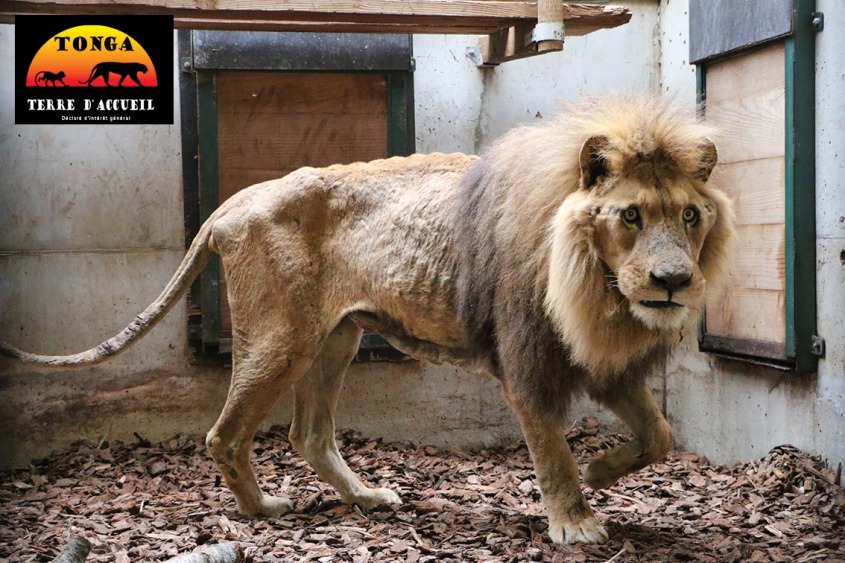 The animal was apparently mistreated for years: he has no longer claws – which is prohibited by law- his teeth are damaged and some of them no longer available, his fur has bald spots, and his body, especially the tail, is covered with scars and fresh, sometimes very deep wounds.

This is Jon, a famous lion, who arrived in St. Martin la Ebene on Friday, June 5th. 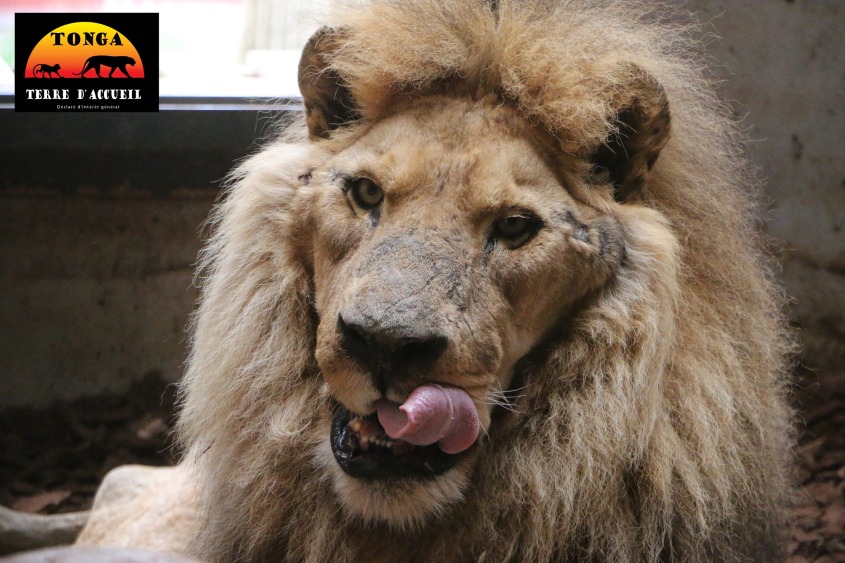 He was entrusted to us by the “One Voice” association after the authorities confiscated him from a circus in Normandy.

The pictures are difficult to bear: Jon is a lion between 10 and 15 years old, weighing 116 kg, which is almost half less than a lion of his age.
His coat is very damaged in many zones.
He is an injured lion, he wears many injuries on the body with old and newer brands, especially on his tail, which has several living wounds, some of which are very deep.

The condition of his teeth is very bad, they are sawed, and he has no more claws.
We remind you that removing a lion’s claws is prohibited by law.

“When I saw him for the first time, I was reminded of zoos in war zones
But vets told me “it’s much worse in this circus”!
They would never have seen anything like this in their entire professional life
He is now slowly learning to eat small pieces again because he has no teeth.
He finds joy in life again.
The nurses keep him busy as much as possible to prevent stereotypes. Because he has spent a very long time in the cage.
Animals then make repetitive movements.
It is a sign of madness”

Despite a physical condition that we have never noticed in an animal, Jon has a very gentle character, shows no signs of aggressiveness, and even seeks contact. The main goal for us right now is to give him strength again.

After spending the first few days indoors, he was able to discover his outdoor enclosure. He eats all the food that is offered to him with an appetite.

This is the beginning of his retirement, which we hope very brightly, everything will be done to offer him the best possible placement later …
Our goal at the moment is to offer him correct living conditions, to provide him with appropriate and adequate food, and to treat the wounds that cause him suffering.

🙏 Whether it is “Tonga Terre d’Accueil”, the “Brigitte Bardot Foundation” or “One Voice”, the priority of all those working for animal welfare is to help and save animals and we will respond to the call of circuses which do not have the means to provide for the basic needs of their animals or which no longer use them.

Volunteering to hand over animals has already been done by some circuses and we encourage you to continue. It is not human to let animals die; the world is changing, the time is no longer for their exploitation but for their protection. Give them the retirement they deserve.

My comment: Although the animal rights activists have long had their sights on this circus, the French authorities are not taking action! Finally, Jon and three other lions were confiscated because the license to keep the four animals was lacking.

And nevertheless! The circus was allowed to keep four more lions!!

We are fighting for this day to come as soon as possible.