Despite new legislation, there are still animal experiments for cosmetics in Germany!

Since 2013, no cosmetic product may be sold in the EU whose raw materials have been tested on the animal after this date. That may sound reassuring at first glance, but unfortunately the topic of “cosmetics and animal experiments” can not be shelved for a long time yet. Millions of animals still suffer and die agonizingly every year in the laboratories of the beauty industry.

Good news first: In terms of animal welfare and cosmetics Germany is one of the first in the world. Since 2013, no cosmetic product may be sold in the EU whose raw materials have been tested on the animal after this date.

Why, despite the law, animals continue to suffer for our beauty

One of the reasons is that 90% of all chemical raw materials that are used in cosmetics are also used in other areas, for example in the industry as part of a paint spray or as a humectant in a package.

The distributors of Botox use this loophole in the legislation, because apart from the question of why people in youth delusion inject a highly toxic substance in the face, this is a serious animal welfare problem.

Each individual production unit (batch) is tested for toxicity. The test substance is injected into mice in the abdominal cavity. The agony with cramps, paralysis, shortness of breath often lasts three to four days. The animals finally suffocate in full consciousness.

Another reason many manufacturers remain committed to animal testing is the fact that animal testing remains mandatory in China and many other markets. If you want to sell sunscreen or another care product worldwide, this will be tested on the animal before. The experiments have been relocated to countries that like to turn a blind eye when it comes to animal welfare.

Only a handful of companies, such as the major cosmetics giants Procter & Gamble, Unilever or LÓreal, admit that animal testing is being conducted. Most cosmetic manufacturers use clever formulations or do not provide any information to avoid damage to the image.

L’Oréal is the largest cosmetics manufacturer in the world and owns 28 international brands. The giant Nestlé has a stake of 23.9 percent in L’Oréal. In addition, Nestlé is represented by three people on the board of L’Oreal.

Nestlé’s stake in cosmetics maker L’Oréal is beneficial to both companies, corporations say. If you get sick by cosmetics, no problem!! Nestlé is setting up its own pharmaceuticals business and the new board comes, who would have thought, from the pharmaceutical industry, namely Fresenius! Because the human disease is a lucrative business, as are Nestlé’s products as well as the products that L’Oréal makes billions of euros.

The Chinese government requires all cosmetic products sold in the country to have previously been tested on animals to ensure their human utility. Of course, L’Oréal does not want to lose this extremely important market. Therefore, L’Oréal has given up all morality to continue to meddle in China, although this means that thousands of innocent animals must suffer terribly.

The company has been supported for years by celebrities such as Andy McDowell, Jennifer Lopez, Blake Lively and Beyoncé. Meanwhile, she has cheated on all her customers.

So if you want to ban animal cruelty from the bathroom shelves, should more than ever make sure to use only products from companies that do not conduct any animal experiments and also ensure that their suppliers do not test on living animals.

If you want to check if your product is free from animal suffering, you will find it
http://kosmetik.peta.de/deutschland a positive list of all manufacturers available in Germany.

But  be careful!
Because natural cosmetics are booming, brands such as Logona or Santé (Natural cosmetics Companies without animal experiments) are now part of L’Oréal, the world’s largest cosmetics group. Nestlé will be pleased.

In addition, Nestlé has been operating the company Galderma with L’Oréal in Lausanne for 30 years.

My comment:  The EU ban of 2013 is in reality a decision full of loopholes.

Therefore, anyone who wants to be sure that the beauty products they buy do not have any animal blood, should follow Peta’s Cruelty- Free liste for cosmetic. It is pretty reliable.

They poison us – with the meat that we eat. Because big business swamps the market with cheap meat, we consume more and more of it, produced by abusing antibiotics, and cramming animals in horrible conditions. Hundreds of thousands of people sick from antimicrobial-resistant diseases is just one of the consequences.

And we are paying for this!

As Europeans, we pay 51 billion pounds each year to promote harmful industrial farming: no other sector gets more money from the EU budget! [1]

On Thursday a series of votes in the European Parliament will kick off.

A handful of MEPs will state whether industrial farming should be funded with our taxpayers’ money. The first of this row of votes and negotiations, this very Thursday, is critical – because it’ll scope and give direction: it’ll be the basis for following negotiations…

Our partners offered insider information that there are 41 MEPs we could convince to vote for a farming model that doesn’t create meat that poisons us – but only if they feel the pressure from their electorate right before the vote! With their vote, we could swing the result in our favour! Sign the petition and, if you have a Twitter account, send them a message that will burden their conscience while voting!

The meat we consume today is not always what our body needs. As the use of antibiotics in meat production is projected to grow by almost 70%, antibiotic resistance is a major threat to global health. In fact, 700,000 people die from antimicrobial-resistant diseases each year. [2]

Why do we continue to use 40% of the European budget to subsidise these practices? [3] Because big businesses that sell the poison this farming model feeds on (think pesticides, animal fodder, etc) are at work. They don’t want to go out of business – even if that means persuading us to eat more and more meat, of lesser and lesser quality.

As the new EU budget cycle starts soon, politicians are having discussions to shape the next one. Each EU budget lasts 7 years, which is why it’s important to ensure it spends our money wisely! We cannot leave a bunch of MEPs to decide alone, without hearing our opinion, to spend our money, yet again, on a farming model that makes us sick.

Now, thanks to insider information offered by partners, we’ve identified a bunch of MEPs who could possibly listen to our demand, let’s make their conscience shake! Use your power as their future electorate in the May EU elections! We only have 48 hours before the vote!

Together for a healthy farming model,

Mika (Bordeaux), Alex (Marseille), Virginia (Madrid) and the rest of the WeMove.EU team

PS: You are not alone. Thousands of small farmers are on your side – and mobilised! Many small farmers don’t agree with this farming model either, and they’ve come together to say so. Last November they demonstrated in the streets of Brussels, and they are asking for citizens to support their cause. Here’s your chance – sign to support small farmers calling for healthy farming! 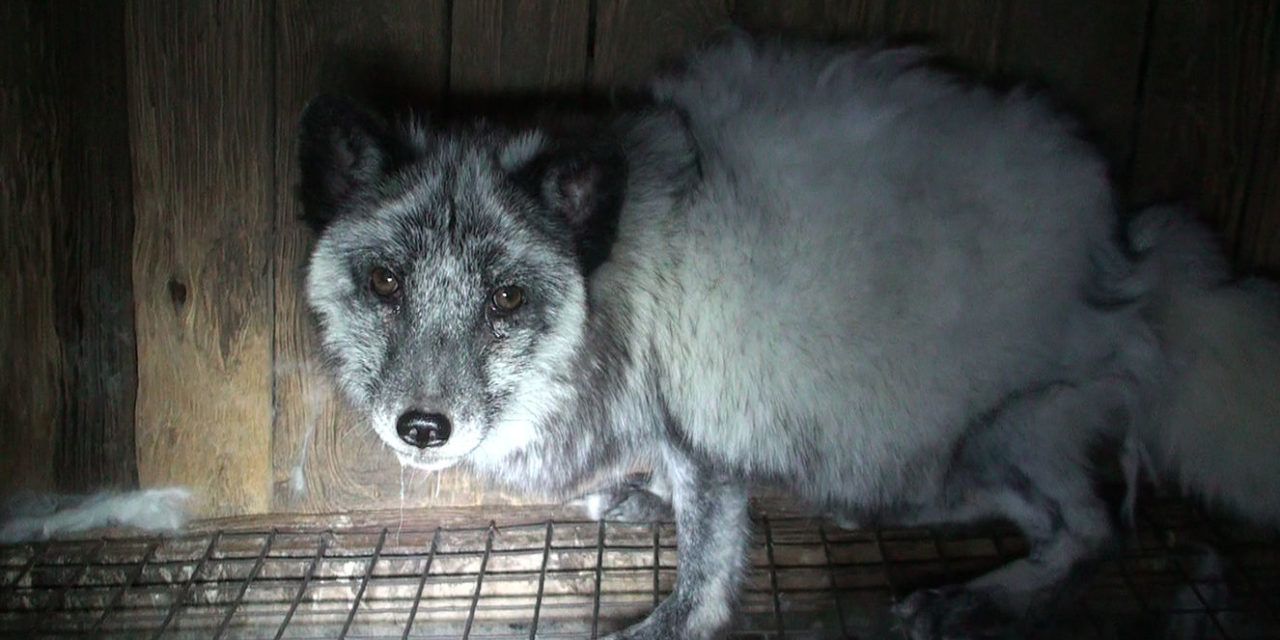 #IsThatFurReal Campaign Launched to Check if That Faux is Really Fur

Although fur is rapidly falling out of favor in the world of fashion, the fight against this inhumane industry is far from over. Compassionate shoppers and fashionistas are turning to fake fur, but may unwittingly be purchasing or wearing the real thing.

“Unaware that real fur is often mislabeled or not labeled at all, and cheap, shoppers may unknowingly be supporting animal suffering,” says ADI President Jan Creamer. “Animal Defenders International is here to help the public avoid animal fur and help stop this cruel trade.”

Anyone with an allegedly fake fur item is encouraged to share photos or videos of it on social media with the hashtag #IsThatFurReal, or email ADI at info@ad-international.org.

Experienced fur-spotters will let people know if the fur is real, and provide advice on how to spot the difference in the future.

In spite of a growing movement against the fur industry, more than 110 million animals every year are still killed on fur farms, and a further 16 million trapped and slaughtered directly from the wild.

Fur farms are notoriously hellish places, where animals are stuffed into tiny, dirty cages and deprived of the ability to fulfill any natural behaviors. These animals suffer extreme physical and psychological suffering.

In recognition of this cruelty, dozens of high-end designers have dropped fur from their labels, including Burberry, Gucci, DKNY and many more.

If you come across some fur clothing or other items and want to check if they are cruelty-free, ADI offer some tips: Exclusive: Insects could vanish within a century at current rate of decline, says global review 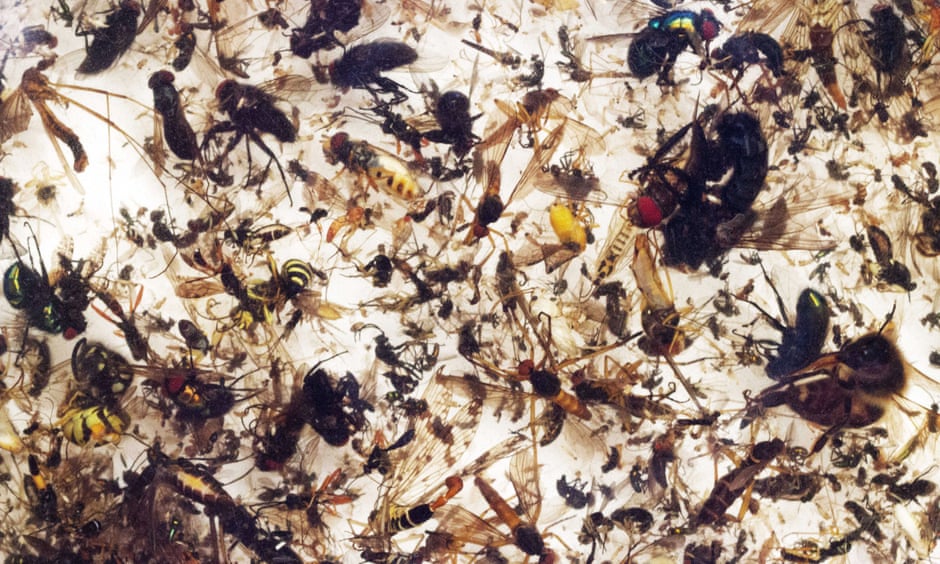 The rate of insect extinction is eight times faster than that of mammals, birds and reptiles. Photograph: Courtesy of Entomologisher Verein Krefeld

The world’s insects are hurtling down the path to extinction, threatening a “catastrophic collapse of nature’s ecosystems”, according to the first global scientific review.

More than 40% of insect species are declining and a third are endangered, the analysis found. The rate of extinction is eight times faster than that of mammals, birds and reptiles. The total mass of insects is falling by a precipitous 2.5% a year, according to the best data available, suggesting they could vanish within a century.

The planet is at the start of a sixth mass extinction in its history, with huge losses already reported in larger animals that are easier to study. But insects are by far the most varied and abundant animals, outweighing humanity by 17 times. They are “essential” for the proper functioning of all ecosystems, the researchers say, as food for other creatures, pollinators and recyclers of nutrients.

Click on the above link to read the full Guardian newspaper (UK) story.

Read the article at:

In addition; here is the latest (10/2/19) newsletter from Korean Dogs.

Click on the following link for news and actions you can take.

File your petition on e-people –

All across South Korea, millions of ‘meat dogs’ (including newborn puppies) which are destined for human consumption, are kept outdoors in meat farms and slaughterhouses, imprisoned in cages that are crudely constructed of wire and raised off the ground, and which afford no protection from the snow or freezing winds that are part of a normal winter in that country. These poor creatures – from the second they are born, to their final breath at the uncaring hands of a brutal butcher – have to endure endless misery and agony. South Korea is truly a “Hell on Earth” for countless innocent dogs and cats. So, please, don’t let the Koreans continue their vile and cruel practice.

A simple but very effective way is to file a petition directly with the Korean government using the epeople online petition page. This is different than other petitions because the Korean government is responsible for responding to you! If they have to address and respond to hundreds, thousands or hundreds of thousands of petitions on this issue; then perhaps they will finally be put under enough pressure to take action to bring this horrific animal cruelty to an end.

There is no blood in the picture yet.
But we know what’s next: the execution.
As then, with the Christian martyrs in the Roman Colloseum.
Only at that time were people the victims.
Today it is the animals that fall prey to the fascist ideology of a morally underdeveloped society.