In addition to Lower Saxony, Schleswig-Holstein has today released a 20-month-old wolf male, Roddy, for shooting.

Roddy in the summer coat in August 2018

In the district Nienburg lives a wolf family consisting of father, mother, 2 children from May 2018, a 2.5 year old fox and a sixth unknown wolf.
Roddy had 8 attacks in 2017 alone. In 2018 it was 32. 22 x of them on sheep. 20 x they were not protected! All not protected and not stalled. The livestock owners there do not want to protect. Over 92% + of the killed animals were NOT protected!

The herd is valuable because both parent animals bring fresh genes and are not related to the German wolves! There are also two other foreign wolves running around there.

That will bring the family through each other. It will come just right to farm animal tears. As long as it is not protected, it will always continue. And the livestock owners will not protect – they said publicly in late October 2018: “Who protects his animals, is a denouncer!”

The initiator of the petition has sent many emails and legislative proposals from friendly judges, etc. to the Minister and his staff.

PS of the petition initiator: I go with my wolfhounds twice a week in Roddy’s area. It is an ideal wolf habitat and large parts are NATURA 2000 area. There is so much game there. If the livestock farmers would protect, the population would not even know that there are 6 wolves living there.

With a signature, however, everyone can really do their part in making it clear to the politicians that the majority of citizens do not agree with lobbying. The shooting of the Rodewald Wolf, Roddy, or even the whole herd is purely politically motivated!

My comment:  Once a wild animal kills another animal to survive, the farmers give the order to shoot!
When they torture and slaughter  animals the farmer call this “agrarian economy”.
They receive subsidies for the construction of fences and protection from “wild” animals, but they do not do it.
The wolves do their work in the forest and take care of their families, as opposed to the farmers who live on subsidies for torture and slaughter of animals. With 1.5 billion euros in subsidies per year, the german farmers are top earners!

“Who protects his animals, is a denouncer!”, because we want a massacre!!

SIGN: Justice for Dog Strung Up and Beaten with Hammer by Factory Workers

In a truly sickening case of animal abuse, three Chinese workers in a Malaysian steel manufacturing company brutally roped up a black dog and continued to torture the animal as it yelped in terror and struggled desperately to escape.

First, the men poured water over the helpless dog in a seeming attempt at drowning. One of the men then smashed the animal in the head with a hammer, splattering blood over the floor. The men continued the horror by pouring boiling water over the dog’s body to loosen the fur so they could scrape it away.

Finally, the dog was disemboweled where it lay.

The footage of this horrifying incident, captured at Alliance Steel Sdn Bhd in Kuantan Industrial Park, was shared on Facebook by an individual named John Gan, where it went viral as outraged viewers called for justice.

WAV Comment – why not go to the company web site and tell them how you feel about their inactions – there are lots of comments.  Demand the workers are taken to the police, prosecuted, and then sacked from their jobs; it does not seem like they are ‘working’ to us.  Demand the management acts.

The company apologized for the actions of their workers on their

stating that they are taking the incident seriously and conducting an internal investigation. We must speak out to make sure they keep their word.

The actions of these men were not only inhumane, but they were also illegal and should not be tolerated.

So the workers are filth from China – that says a lot really. How does a company allow its alleged workers to undertake such cruelty as this – does not seem like ‘work’ to us !! ? – check out petition comments to see what people think.

We recently did posts re Billi the Bonobo who is really suffering at Wuppertal zoo in Germany. He even had part of his ear bitten off by other primates who did not accept him. 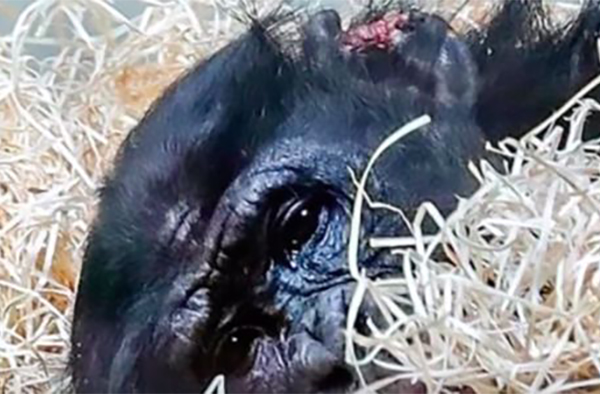 Billi with his bitten off ear.

So he needs to be moved somewhere else; and quickly.

This petition is pushing for Billi to be sent to ‘Monkey World’ in Dorset, England; where he will be looked after and given better protection.

Please sign and speak up for Billi now – lets get him moved to the UK.

The European Commission’s formal reaction to the petition “End Pig Pain”, which asks to phase out  tail docking, tooth clipping and castration, is a blow for pigs all over Europe, where these painful and unnecessary practices are still taking place as a matter of course in many countries.

Commissioner Andriukaitis’ response to the petition of more than 1 million citizens’ signatures, which was delivered in November 2018, recognises the severity of the situation but gives no concrete answer to supporters’ pleas (!!!)

Eurogroup for Animals’ 2017 flagship campaign End Pig Pain called on the European Commission and national agricultural ministers to enforce the ban on routine tail docking and tooth clipping of pigs, to put an end to painful piglet castration, and provide better rearing conditions for pigs.

Every year millions of male piglets are castrated in the EU to avoid the risk of boar taint, and unnecessary routine tail docking and tooth clipping of piglets continues to happen in many EU member states in violation of existing EU laws.

The campaign’s goal to collect 1 million signatures from EU citizens was reached in autumn 2018, but the EC’s response, received this week, says only that it believes that actions such as the establishment of the EU Platform on Animal Welfare – which brings together Member States and stakeholders from different backgrounds to enhance dialogue on animal welfare issues – will ‘enable the pig sector to gradually reduce the number of tail-docked pigs over time’(!!!)

The petition also asked for a specific date for phasing out piglet castration, but this issue isn’t even mentioned in the response.

“For now it seems that the Commission still doesn’t envisage decisive action against Member States that are blatantly ignoring EU legislation,” says Reineke Hameleers, Director of Eurogroup for Animals.

“The battle to obtain enforcement of an animal welfare provision that has supposedly been in force for 25 years goes on.”

My comment: the basic qualification to do the job of a MEP is corruption.
And brain impotence.
To become EU Commissioner for Animal Welfare, one only needs to hate animals and animal rights activists, that’s all.

Lobbying, exploitation, mendacity, fraud … these are the basic characteristics of an EU commissioner, who is responsible for the welfare of the animals.
Who has any responsibility in this shit store?
Who does his job conscientiously, transparently, consistently? who steps forward and makes decisions?
None!

Sponsored by the agricultural industry, the meat industry, with the taxpayers’ money and with the connivance of the unsuspecting citizens, they vote for the preservation of every unimaginable torture of the animals.
Andriukaitis deserves all contempt, and the whole EU gang to it.

EU has no existence authorization.

A farmer who became too upset when taking his lambs to the abattoir gave his flock to an animal sanctuary. 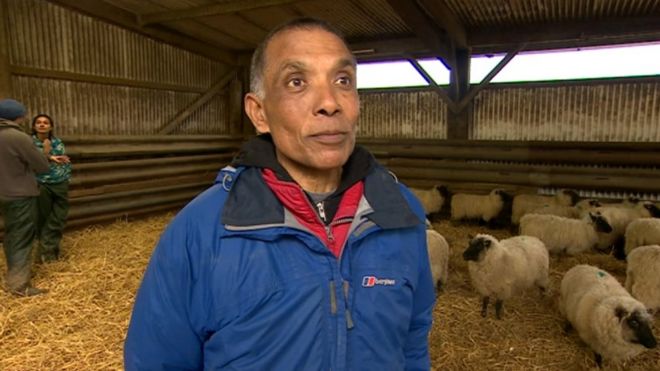 Mr Vasanthakumar, a farmer for 47 years, said: “I just couldn’t cope any more and I had to say no.”

The sanctuary, which looks after 220 animals, said it had never received lambs from a farmer before. 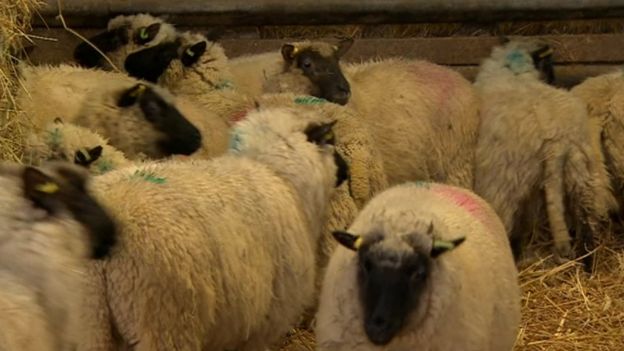 Mr Vasanthakumar said he had previously worked as a dairy farmer with his parents in Sri Lanka but had also been a farmer in the UK for “many years”.

“It was taking them to the slaughterhouse and that was stressing me out a lot,” he said.

Mr Vasanthakumar said he also hated to see the “animals going through that stress”.

Mr Vasanthakumar decided to change his career several months ago when he would normally take the lambs to market.

“I realised this year, I couldn’t do it. The emotional toll had become too much,” he said.

He said he cooks Indian dishes and planned to sell these and his home-grown vegetables at a Totnes street market instead.

“I will still be in the farming world, but not livestock farming anymore,” he said.

Sanctuary manager Dave Bourne said there were only a “handful” of sanctuaries the UK that rehomed rescued farm animals.

Animal abusers could be jailed for up to five years in Scotland under plans to crack down on cruelty.

The Scottish Government wants to increase the maximum prison penalty for crimes of cruelty from 12 months and give courts the power to impose unlimited fines.

Plans to strengthen animal welfare laws could see offenders jailed for up to five years.

The Scottish Government wants to increase the maximum prison penalty for crimes of cruelty from 12 months and give courts the power to impose unlimited fines.

Click on the link above to read lots more on this story.

Street sweeper breaks the dog column with a kick and had to be euthanised. 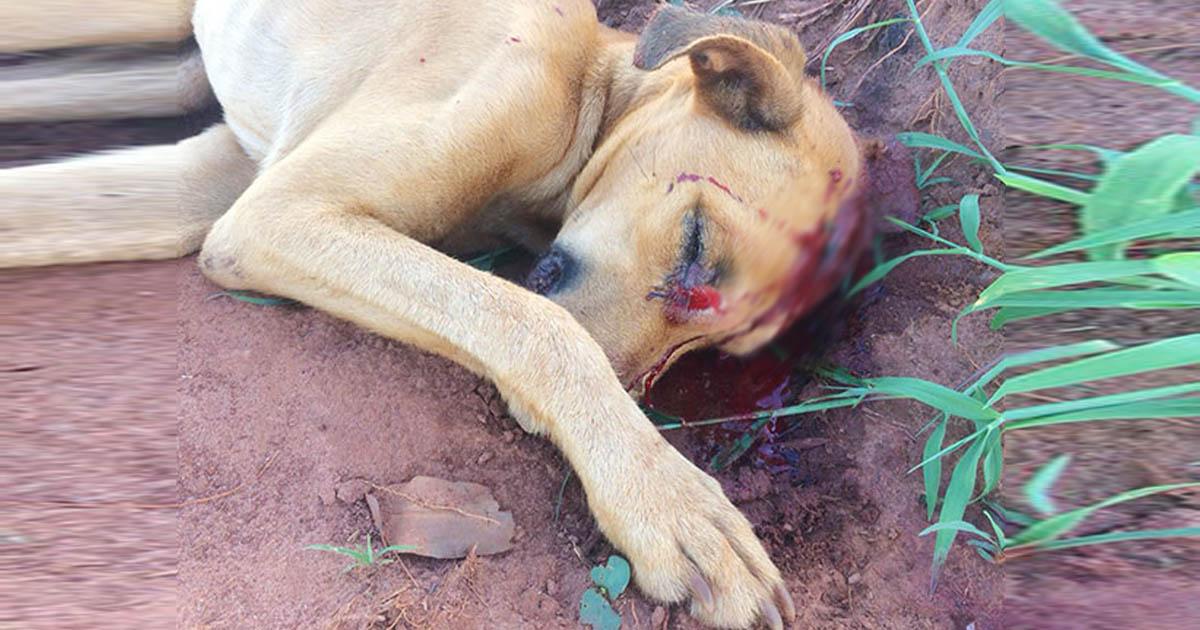 A dog needed to be euthanised in Pirapora, in the north of Minas, on Friday afternoon after being attacked by a street sweeper who serves the town hall.

The 26-year-old man was in the garbage collection truck passing through Barrio Morada del Sol. When he went down to pick up a bag, the animal would have barked in the direction of the official, who kicked him, according to the Military Police. With the impact, the dog was thrown by a few meters and his spine fractured. The garbage dump fled the place. The police themselves directed the dog to a veterinary clinic in the city.

According to the policeman who accompanied the animal, he was very agonized and the professional decided to save him from the pain of the injuries. During the afternoon the dog received medication to be euthanised. The police reported that the neighbours were outraged and said they took turns taking care of the dog, who lived on the street, and gave him food and water.

The police made traces and found the street sweeper in the vicinity of the neighbourhood, still in service. For the military, the man reported that the dog threw a bag against him and that, to deviate from the object, the animal hit a tree. The official denied having touched the animal and could not explain how he would have been seriously injured.

We ask that this person can not work as a sweeper and go to jail for murdering an animal.