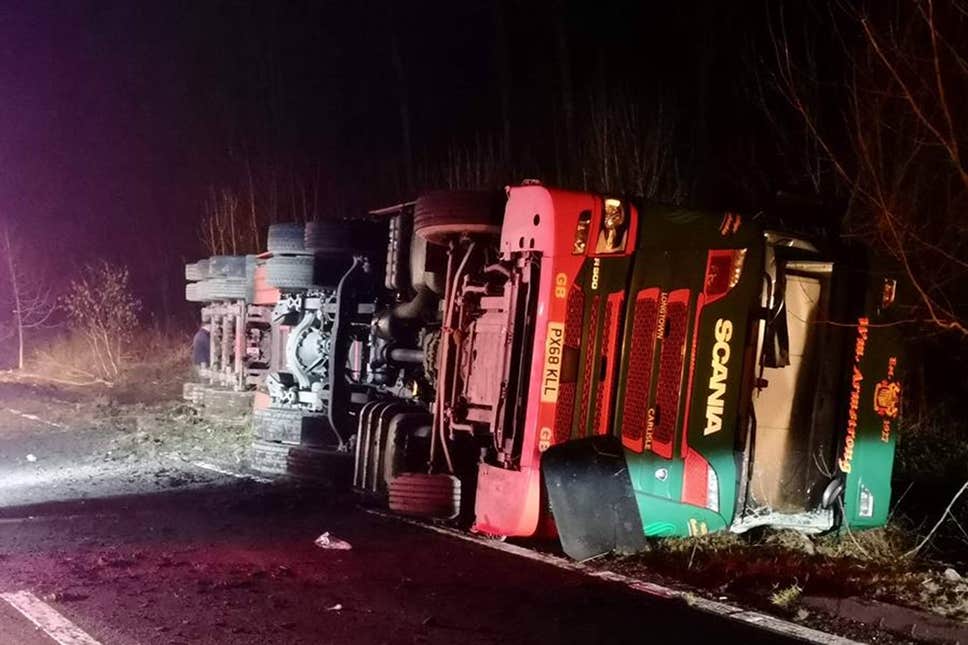 More than 200 sheep killed as lorry overturns in Scotland

More than 200 sheep have died after a lorry transporting the animals overturned on a road in Scotland.

The crash happened on the A76 in Dumfries and Galloway on Monday evening.

Nithsdale Police tweeted an image of the Wm Armstrong transporter on its side near Enterkinfoot.

They wrote online: “Crash happened around 10:50 PM last night (Monday 25th) near to Enterkinfoot, south of Mennock. The driver received minor injuries, however over 200 sheep onboard died. ”

The driver received only minor injuries.

The route has since reopened and officers have appealed for witnesses to the crash at around 10.50pm.

Photographs from our archive and not part of original article – WAV.

The EU Court of Justice said on Tuesday that such labelling aims to ensure products have been obtained in observance of the highest standards in animal welfare.

Paris: The European Union’s top court has ruled that the EU organic food logo cannot be used on meat derived from animals that have been slaughtered in accordance with religious rites without first being stunned.

The EU Court of Justice said on Tuesday that such labelling aims to ensure products have been obtained in observance of the highest standards in animal welfare.

The ruling states that the practice of ritual slaughter as part of which an animal may be killed without first being stunned is authorised by an exception to the general rule in the EU to ensure observance of the freedom of religion. 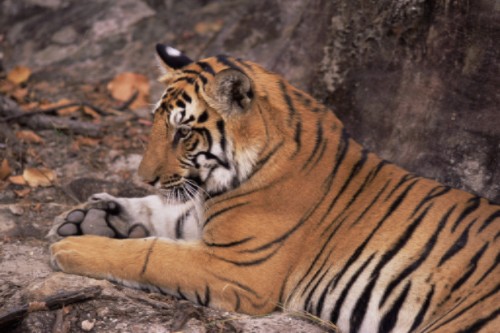 The latest newsletter from ‘Freedom for Animals’ (UK).

So far 2019 has been a tragic year for animals in UK zoos. In that time endangered species have been exploited for entertainment, had their lives put at risk and some are now DEAD as a result.

Dartmoor Zoo using lions and tigers in ‘Human vs Beast’ entertainments – what has it come to ?

Click on any of the following links to obtain more info:

In just the last month:

We will be publishing any news on this as we get nearer the date.

Yet still too many people do not know the truth about zoos.. BUT you can change that! Please read these stories, share with other people and ask them to start questioning zoos.

Why do they hold these animals captive?
What are the true outcomes of their so-called ‘conservation’ claims?
How many animals really make it back to the wild?

Animals in captivity sufffer and with you, we are fighting to stop that.

Another great action you can take is to join us as a Freedom Champion. Our Champions back crucial undercover investigation work, research, lobbying and outreach to get the message out there, to expose the suffering and to ultimately FREE animals. Will you join them?

All of this news is hard to bare, I know. But this is why we need to speak out for animals in zoos, to fight harder for an end to animal captivity.

For our annual ‘Zoo Awareness Weekend’ we will be launching a brand new undercover investigation exposing the zoo industry!

Will you take part?

Save the date and I will be in touch soon with more details!

We very recently contacted the UK government about the issue of ‘animal sentience’ once the UK leaves the EU – which we hope will be very son at the end of March 29019.

Here below is a written reply that we have had on this; and we are very satisfied to see that the UK government has pledged “the sentience of animals will continue to be recognised and protections strengthened when we leave the EU”

We have always said that once we can get away from the un-enforced welfare regulations of the EU; the UK will improve animal welfare legislation due to the demands of the British public.  The letter really confirms this by talking of ‘protections strengthened when we leave the EU’.

Here is a copy of the formal response sent by the government.

In comparison, we are the feeling analphabets!

Kind-hearted Estonian workers rushed to rescue a dog in distress from a freezing river on Wednesday – unaware of the fact they were actually about to bundle a wild wolf into their car.

The “dog” was treated by vets at an animal clinic

The men were working on the Sindi dam on the Parnu river when they spotted the animal trapped in the icy water.

After clearing a path through the ice, they took the frozen canine to a clinic for medical care. Only then was it revealed they had been carrying a wolf.

The Estonian Union for the Protection of Animals (EUPA) said the wolf had low blood pressure when it arrived at the veterinarian’s office, which may have explained its docile nature after the men carried it to their car to warm it up.

Speaking to the Estonian newspaper Postimees, one of the men, Rando Kartsepp, said: “We had to carry him over the slope. He weighed a fair bit.”

“He was calm, slept on my legs. When I wanted to stretch them, he raised his head for a moment,” he added.

Veterinarians had some suspicions over the large dog’s true nature, but it was a local hunter, familiar with the region’s wolves, who finally confirmed it for what it was: a young male wolf, about a year old!!

“He was calm, slept on my legs,” Mr Kartsepp said of the journey to the vet’s office

Armed with this new information, clinic staff decided to put the wolf in a cage after treatment – in case it became less docile once it recovered.

The EUPA said it paid for the animal’s treatment, and that “luckily, everything turned out well”.

The wolf recovered from its brush with death within the day and, after being fitted with a GPS collar by researchers from the national environmental agency, was released back into the wild.

“We are so happy for the outcome of the story, and wish to thank all the participants – especially these men who rescued the wolf and the doctors of the clinic who were not afraid to treat and nurture the wild animal,” EUPA said.

Estonia is home to hundreds of wolves, only a handful of which have been collared in recent years. As a species, they usually avoid humans.

It was picked as Estonia’s national animal last year by a group of nature organisations.

My comment: We are all very happy that there are brave people with empathy and respect for the lives of other beings!! The wolf is now once in the wild.

If the wolf is to come back, then man must also share the habitat with him, and we must learn to live with wolf packs again, as was the case before the extinction of the wolf. The greatest danger is certainly that we humans believe that nature is exclusively an economic area and that everything that threatens it must be killed with a shotgun. We have to accept that this habitat is not just ours.

Germany should learn something from Estonia. Because here in the media prevail intentionally wrong advice for the peasants and disinformation for the population, a dirty propaganda which has no other goal than the elimination of a wonderful wild animal , that the hunters regard as a competitor to their lust for murder.