WAV Comment – we know that this has happened, but some very good issues – and quite rightly; Trumpet did not talk about them !

In tonight’s State of the Union, we can expect President Trump to make a number of false or misleading claims. Unfortunately, we don’t expect President Trump to talk about the crucial issues that reveal the REAL state of our union: rising global warming emissions, weakened public health protections, suppressed scientific studies, undermined fuel economy standards, undue industry influence in the government, and more.

Join us during the State of the Union to set the record straight on important issues President Trump will likely misrepresent or omit during his address. During the president’s speech, we’ll be tweeting using the #RealSOTU hashtag. Join in the conversation using some of our tweets below or with your own thoughts. Help us highlight the growing crisis of climate change and the importance of science-based protections in keeping us safe and healthy.

The Economy: It’s practically guaranteed that President Trump will talk about the economy, but here’s what you probably won’t hear:

Security: Given the recent shutdown showdown over the border wall, President Trump will likely spend a lot of time focused on the idea of border security, while ignoring some of the real threats to our country:

Regulatory Rollback: The president will likely present cuts in regulations as a step forward, but the reality is:

In the last weeks the WeMove community has sent tens of thousands of emails to the Members of the European Parliament (MEPs). During just the last two days before the vote 90,000 of us signed a petition urging the MEPs to vote in favour of the rule. And it worked!

Transparency won, even though, due to a request by the European People’s Party, the ballot was secret. And it won by only FOUR VOTES. Just imagine!

This is the difference our community has made in Europe. 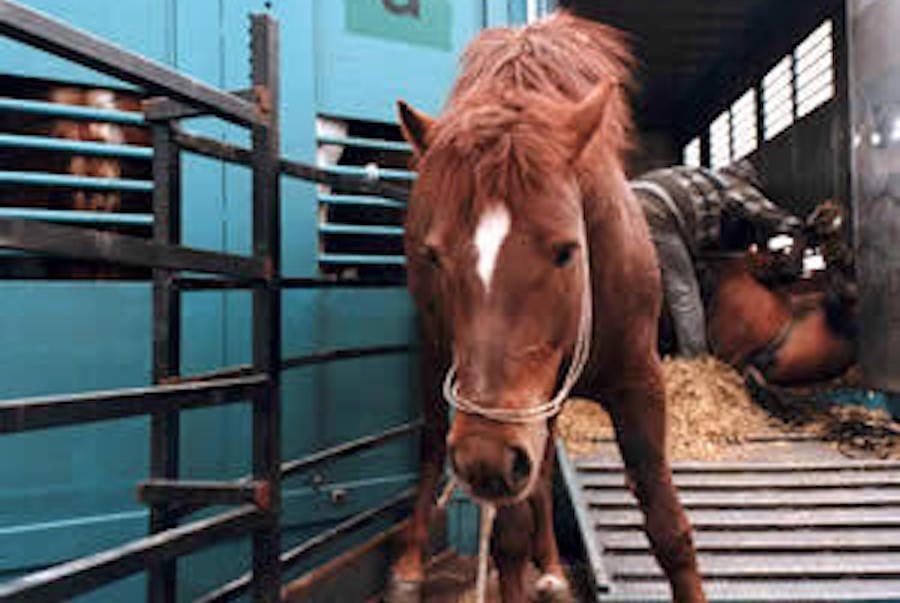 A new bill introduced in the US House of Representatives would not only prevent horse slaughterhouses from operating in the United States but also outlaw the sale, transport, import or export of horses or horse parts for human consumption.

Horses sent to slaughter suffer horrendously, packed into crowded trucks and shipped for hours or even days without food and water. The transport alone is so stressful, many horses are injured or killed before they even arrive at their destination.

When the horses finally reach the slaughterhouse, workers attempt to stun them before killing by shooting them with a bolt gun. But the animals may need to be shot multiple times before they’re stunned, and are often still conscious when violently slaughtered.

Horse meat is also unsafe for humans. Because horses in the United States are not bred to be eaten, they are treated with drugs that can be toxic to people, rendering the meat dangerous for human consumption.

Sign this petition urging House leaders to strongly support this bill and do everything in their power to see it is passed, protecting America’s precious equines.

Obviously some leading EU politicians have still to learn.

The veterinary office in Landshut (Bavaria, Germany) does not want to authorize animal transports to far away countries, because the animals are threatened with torment in some regions. A breed society wants to sue against the decision!!!

Time and again, animals are transported across Europe in vans over thousands of miles. Often in unworthy conditions. In addition – especially in some Asian countries – brutal battles are waiting for them. The journal “Official Veterinary Service and Food Control” says in one article that “it is very common practices that cause the animals to experience significant and prolonged pain or suffering before they die (bondage, a grip in the eyes, etc.)”.

The veterinary office Landshut (Bavaria) does not want to continue that. District Administrator Peter Dreier  wants to put a stop to these livestock transports.

“For me it is animal cruelty, when cattle from our region are transported several thousand kilometers, to be then slaughtered in countries where there is no animal welfare.” Peter Dreier, district administrator (Landshut, Bavaria).

The problem is not new: cattle and cows kept in trucks are transported for days, sometimes with stifling heat, without enough water. From Germany, with long-distance destinations Azerbaijan, Kuwait, Egypt, Libya, Turkey and Uzbekistan. “I can no longer personally support this,” says District Administrator Peter Dreier.

What he specifically addresses is the transport of a pregnant cow about 5,000 kilometers  to Uzbekistan. The veterinary office of Landshut had previously prohibited this export.

For a pregnant cow to expect the multi-day trip to the Central Asian country, was – so the reason – animal cruelty. The Veterinary Office will not agree to these transports in the future. That means: the vet rejects the “certificate”. This “certificate” is necessary to let animals from the farm ever to the cattle trading center. Only at the direction of the competent ministry are pre-certificates issued in these cases, according to the district office.

Thus, Dreier has taken on a responsibility, that actually belongs to the Environment Minister Bayers Thorsten Glauber (FW).

“The approval of animal transports is always an isolated decision of the competent district administrative authority,” writes the ministry on. “Animal welfare is a high good that enjoys constitutional status in Bavaria,” it says in a statement by the ministry.

In the future, the veterinary office on the Landshut district administration wants to deny its consent to such transports in principle, as the media continue to report.

According to it, transports to countries that are thousands of miles away or were known for allegations of animal cruelty, be denied.

This attitude in Landshut could reopen the debate on animal transports from Germany. For so far, such exports are legal with the appropriate permits – but now veterinarians refuse just this.

Josef Frank from the breeding association Mühldorf, over which the cow should be exported, can not understand this decision.
He threatens with legal action. “If the requirements for export are met, this certificate would have to be issued,” said Frank to Bavarian Broadcasting. In addition, “the animal is a breeding animal and not a slaughter animal” (!!!) , so said Josef Frank.

My comment: A few years ago there was a similar case: In the district of Oberallgäu (Bavaria), a veterinarian woman had refused a transport to Uzbekistan. The case has been submitted to the European Court of Justice. In 2015, there was a groundbreaking ruling: animal welfare does not end at the external borders of the EU.
For the official veterinarians who authorize a transport of animals to such countries (…), the question arises whether they  must be punished for animal cruelty.

This case is all the more important because it could join other counties Landshut and deny approvals for the transport of cattle and cows in the future, if necessary, as well.