The EU has initiated infringement proceedings against Germany because the federal government has implemented requirements for animal experiments in a completely inadequate manner.
We very much welcome the fact that Brussels is finally getting active here.

However, the EU has failed to criticize a very serious mistake.

Germany allows animal experiments with the greatest suffering, although these are generally prohibited by EU regulations. Legal expert reports prove this violation of EU regulations.

Do you remember the report about the illegal torture of the apes  in the Tübingen Hell Laboratory, in Germany?

This was also illegal animal experiments because the monkeys were no longer able to endure these torments and should be euthanized. What the experimenters did not do! Germany ignores the EU-imposed pain-suffering ceiling, from which an animal experiment may not or only under very strict conditions may be approved.

We, “the association of doctors against animal experiments” together with Tasso e.V. and the “Association Against Animal Abuse e.V”, call on the European Commission to ensure that the fundamental prohibition of animal experiments with heavy, long-lasting suffering is implemented in Germany.

This would be an important step towards the abolition of animal experiments. With your signature, you emphasize our demand that at least the EU minimum standard must be adhered to! 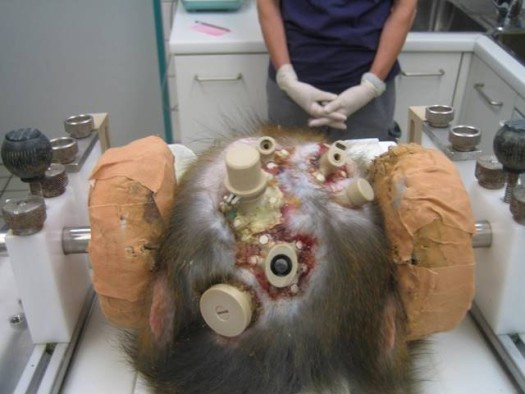 For example, one of the most serious animal tests of this kind is the xenotransplantation in Munich, in which hearts of genetically modified pigs are transplanted to baboons. Most monkeys survive only a few hours, days or weeks. Being trapped in isolation cages, they suffer anxiety, pain, breathlessness, a monstrous swelling of the heart, heart attacks, liver damage, fluid retention in the lungs and chest, thrombosis, etc. until they painfully die. 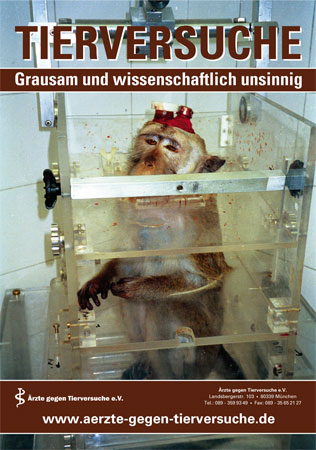 Help us!
Call on the EU not to allow this serious violation of Germany!
The addressee is Susanne Louhimies, responsible for animal welfare in the Environment Directorate-General of the European Commission. With this petition we collect signatures, which we want to hand over to Mrs. Louhimies at a later date.

My comment: The suffering of the animals in Labors gives us humans no progress. Animal testing must be abolished because it is ethically unacceptable and hinders medical progress.
There is neither torture nor sadism that laboratory animal experimenters have not yet practiced. Most remain unconfirmed until one unveils that (see SOKO undercover investigation )

These illegal attempts on monkeys in Tübingen, for example, have proven that the Labor Mafia knows no bounds when it comes to profit, power and career.

Animals using as a torture objects without borders, is criminal and must be abolished. Germany should learn it too!