During today’s plenary session at the Barcelona City Council, the last session of this term, the ZOOXXI Citizens’ Initiative has been passed. The initiative proposes a modification of the Animal Protection, Possession and Sale Ordinance, which affects the Barcelona zoo. 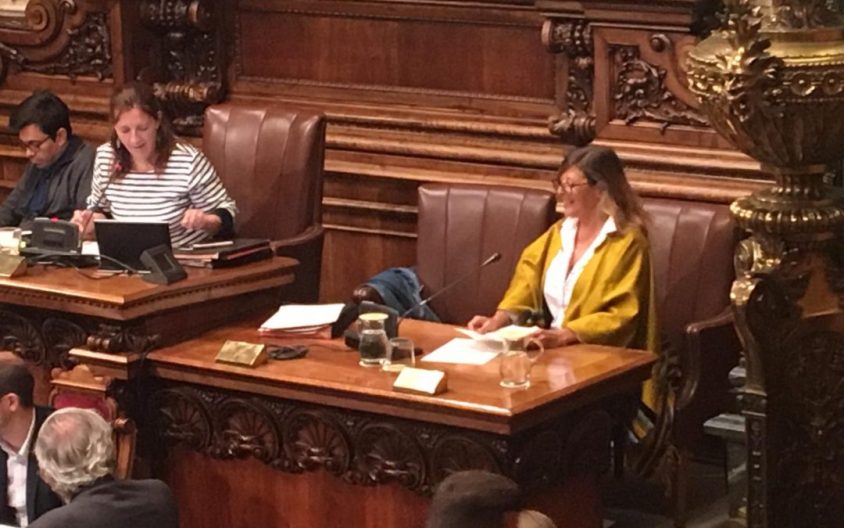 After more than 10 years of investigation, mobilization and socialization for this project, this animal rights platform, now known for launching the first Citizens’ Initiative in Barcelona, has seen the ordinance be finally passed. It will drastically change Barcelona’s current zoo model.

The proposal includes a paradigm shift that can allow the zoo “to open up to nature” and invest most of its efforts on in-situ conservation for the protection of natural habitats.

Only animals whose reproduction can contribute to either long or short term conservation of the species, and who are meant to be reintroduced back into nature, will continue to be reproduced at the zoo.

A scientific and ethical committee with experts on each species will be in charge of deciding.

Furthermore, in few words, ZOOXXI also wants to add a technological side to the facility so that visitors can get to know the conservation programs the zoo is carrying out in situ, which they helped finance with their ticket. This will be possible through advanced immersive technologies that will allow visitors to learn about the natural behavior of animals “without causing any suffering”. ZOOXXI will also include the 3Rs center (Rescue, Recovery and Relocation) which will shelter animals that have been hurt, abandoned or seized from illegal trafficking.

The Platform also suggests the application of Compassionate Conservation and the creation of the first Scientific Studies Center on Animal Sentience. The new zoo model will encourage an educational model based on empathy towards animals, which according to scientific studies and various pilot studies, contributes to the prevention of bullying and results in better prosocial behavior while creating a “culture of peace”.

“Today has been a win for the planet and a loss for skepticism. Today people, empathy, ethics and freedom have won over the economic interests of animal captivity and illegal trafficking of species.

Today draws a line between what we were in the past and what we want to be now, while remembering, forgiving and acknowledging colonialist, despoiling and mercantilist thinking from the past.

We now have a planet to save, millions of animals to rescue, thousands of habitats to protect and hundreds of zoos to convince. We have not done all this work to reshape a zoo, we have worked to save habitats, to save the planet and that is why we need all zoos worldwide. From today, all zoos are invited to cross the doors to the 21st century” said Leonardo Anselmi, who coordinated the Citizens’ Initiative.

The goals of the initiative in image presentation

My comment: An interesting initiative and certainly an improvement over most of the current zoos.
However, the prerequisite is that we consider a zoo to be necessary, ethically acceptable and justifiable.

Nowhere we have read about the rights of these individual animals imprisoned for the stupid fun of the masses.
We also have not read about keeping iconic animals because they are a public magnet, like big cats, elephants, giraffes, etc.
Nowhere have we read about the conditions and the reproduction of natural habitats.

Perhaps there is much more information than in this small part, but this report has given the impression that it is more an improvement of slavery than a radical reform.
This is somewhat reminiscent of the debate on the cage size of lab rats instead of banning the systems that capture and use them.

Great news out of Oregon!

Thanks to your help—as well as that of our colleagues with Predator Defense, Oregon Wild, Audubon Society of Portland, and others—SB 580, a bill to ban cyanide devices (also known as M-44s or cyanide bombs), was signed into law earlier this week by Governor Kate Brown.

The legislation prohibits the use of deadly M-44s to kill coyotes, foxes and other wildlife in Oregon.

This victory in Oregon—following bans in California (1998/ballot measure) and Washington (2000/ballot measure)—sets a standard for the humane treatment of wildlife in the thirteen states that have yet to ban cyanide bombs. These cruel and senseless devices are still used for predator control in Nevada, Utah, Colorado (only on private land), Montana, Wyoming, New Mexico, Texas, Oklahoma, North Dakota, South Dakota, Nebraska, Virginia, and West Virginia. (Idaho placed a temporary moratorium on M-44 use in 2017.)

We will continue pressing for a ban of poisons and other indiscriminate wildlife killing methods across the West, and we thank all of our supporters who spoke up for Oregon’s wildlife, people and pets—your voices made a difference!

P.S.: More good news! On Monday in California, the State Assembly passed AB 1788, which would ban deadly rodenticides, by a vote of 50 to 16—that bill now moves on to the Senate.

Across China, pets are being stolen, roaming dogs—owned and unowned—are violently grabbed from the streets and slaughterhouses are filled with terrified dogs. This cruelty supplies the country’s dog meat markets and the annual dog meat “festival” happening next month in Yulin. But this is only the beginning of their suffering.

The journey to Yulin is a ruthless and appalling one. Crammed on top of each other and transported in trucks for days without food or water, some won’t make it alive. For those who do, they’ll wait, frightened and helpless, until it’s their turn to be pulled by the neck with iron tongs and beaten to death for someone’s meal.

Make your voice heard. Join HSI in urging Prime Minister of China, Li Keqiang, to end Yulin and the dog and cat meat trade once and for all.

This is not a lost cause, and you’re the reason why. With your support, we’re closing dog meat farms in South Korea, rescuing animals, helping dog meat farmers transition to humane ways of living and supporting the closure of dog slaughterhouses. And across Asia, we’re promoting an adoption culture in those nations where the dog meat trade flourishes. Our work to end the Yulin dog meat festival forever will greatly strengthen those efforts.

Thanks to public outcry from compassionate animal lovers like you, this event has shrunk in size year by year, with fewer animals suffering and dying for their meat.

Now more than ever, we must stick together to keep the pressure on.

Please stand with us this year as we work to end this festival for good and put an end to the dog meat industry across Asia.

Thank you for all that you do for animals, and for standing with us. Your support is critical to putting a permanent end to this horror and the many other cruelties we seek to prevent. 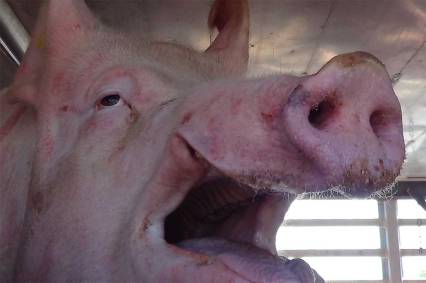 Over the last few days we have been working Christa at Animals Angels providing data on a variety of issues. All this work relates to our campaign about how the EU is failing animals in transport, and how EU Regulation 1/2005 on the ‘Protection’ of animals during transport is simply not worth the paper it is written on.

We are providing a series of links and data about Animals Angels and we would encourage you to review some of the reports that we have provided links for.

In addition, here are a few links to some of our recent posts relating to live animal transport within, and from, the EU. We hope that the information provided by both ourselves and Animals Angels will give you ‘conversation room’ should you get anyone at your door asking for political party votes at the European Elections.

Is this not verified by the recent meeting ? – 15-04-2019 Animal Transports EU Live Exports Created by Animals’ Angels e. V.

The Conference of Agriculture Ministers met in Landau from 10 to 12 April.

However, the desired outcome was not achieved: Long distance animal transports from Germany to non-EU countries will be continued.

All of the following relates to Animals Angels:

Animals’ Angels is an animal welfare organisation based in Frankfurt, Germany. Our commitment is to the so-called ‘farm’ animals, focusing on the protection of animals during transport. Among other things, we demand the abolition of long-distance animal transports. Until then, we want to achieve that animal transports at least comply with existing legislation.

The Myth of Enforcement of Regulation (EC) No 1/2005 on the protection of animals during transport.

The Conference of Agriculture Ministers met in Landau from 10 to 12 April. However, the desired outcome was not achieved: Long distance animal transports from Germany to non-EU countries will be continued. There will not be a nationwide export stop  – despite overwhelming proof that these transports to countries such as Morocco or Uzbekistan are contrary to animal welfare. Sadly, this was not to be expected otherwise. The business with ‘breeding’ animals is simply too big.

Instead of banning the export of live animals, the federal government wants to support the states with a central database and thus improve animal protection. A digital platform will be used in future to check for infringements of animal welfare and the plausibility of journey logs. What this means for the animals remains questionable, however. After all, there is already enough evidence that it is not possible to transport animals to non-EU countries in conformity with the law.

Animals’ Angels continues to put pressure on politicians and authorities to ensure that the current debate will not just fall silent after the conference. And we will continue to be there with the animals and continue to confront those who are responsible with the results of our investigations.

Animal Transports in the EU

In the EU alone, around 3.8 million animals are transported every day.

That is 1.4 billion animals a year. In the transport business, as in all branches of industry, money is at stake. Animals are transported where the highest profits are expected. All too often these transports take place under cruel conditions. The longer the transport lasts, the more the animals suffer. 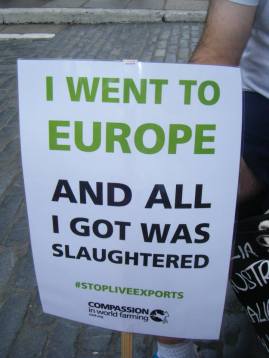 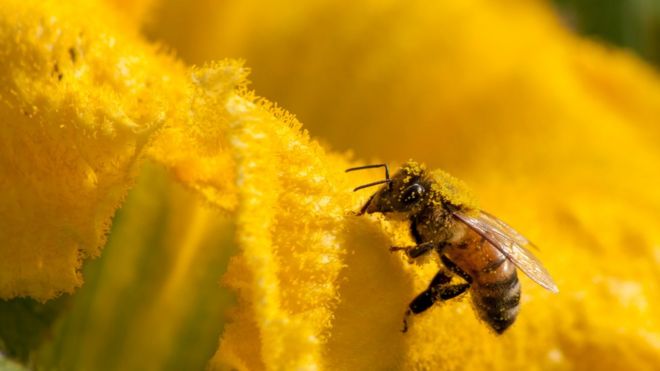 On land, in the seas, in the sky, the devastating impact of humans on nature is laid bare in a compelling UN report.

One million animal and plant species are now threatened with extinction.

Nature everywhere is declining at a speed never previously seen and our need for ever more food and energy are the main drivers. 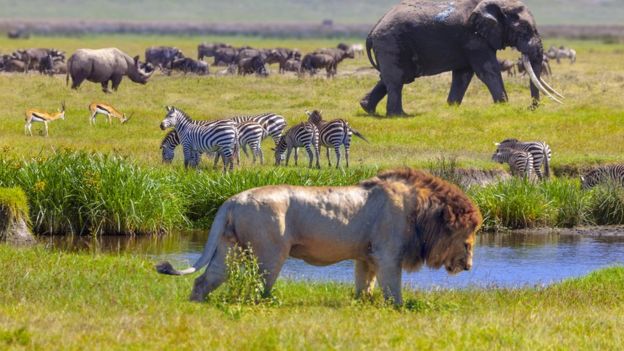 These trends can be halted, the study says, but it will take “transformative change” in every aspect of how humans interact with nature.

Read the full BBC article and watch the video at: 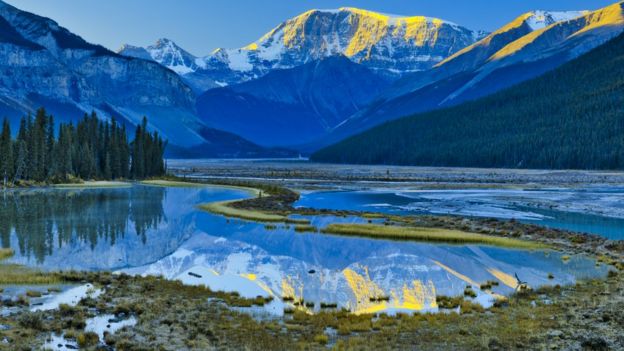 Read the may 7 newsletter by clicking on the following link:

The Korea Times reported on April 24, Animal rights groups have urged Seoul National University (SNU to dismiss a renowned veterinary professor, who is accused of abusing a retired working dog in animal tests.

The Korean Animal Rights Advocates (KARA), the Korean Welfare Animal Association and the Beagle Rescue Network (BRN) co-organized the event on the World Day for Laboratory Animals. “As the Animal Protection Law stipulates that working dogs are banned from being used in animal experimentation, how could Lee conduct experiments on this dog. His animal experiments with a retired working dog, which is unprecedented in the world, have become an object of derision and show the reality of animal rights in Korea,” they added.