Click on the following for full articles and information:

New research shows that people eating red and processed meat increase their risk of bowel cancer even if the amount they eat falls within government dietary guidelines.

Vitamin C – are you getting enough? 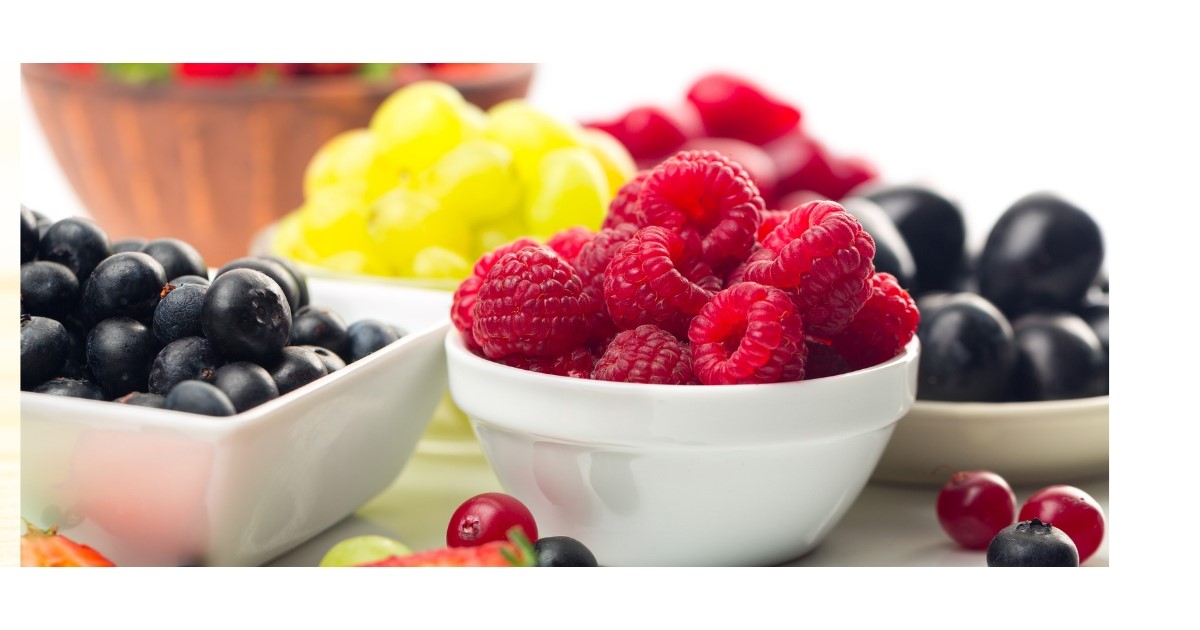 Vitamin C is necessary for growth and repair. It helps make collagen, one of the basic components in skin, cartilage, tendons, ligaments and blood vessels. It is also needed for wound healing, for healthy bones and teeth and helps us absorb iron from our diet.

The pro-fat lobby are determined get butter, cheese and beef back on the menu. Bad science, poor journalism and commercial interests are at the heart of this issue which has left many people confused.

A new study investigates which foods are truly sustainable and can feed the growing population.

Beef up without meat

Contrary to popular belief, you don’t bulk up by eating muscle (meat). Muscles develop by being used and the best diet to fuel this is a wholegrain, vegan one. This 7-day menu plan will help you gain muscle mass in the healthiest way possible.

Can diet protect our long-term mental health and prevent Alzheimer’s disease? There have been many claims but even though important, it’s not something that often comes up in the pub or over a family dinner. I had a look at the scientific research and it turns out, it’s not that complicated! The research all points in the same direction. 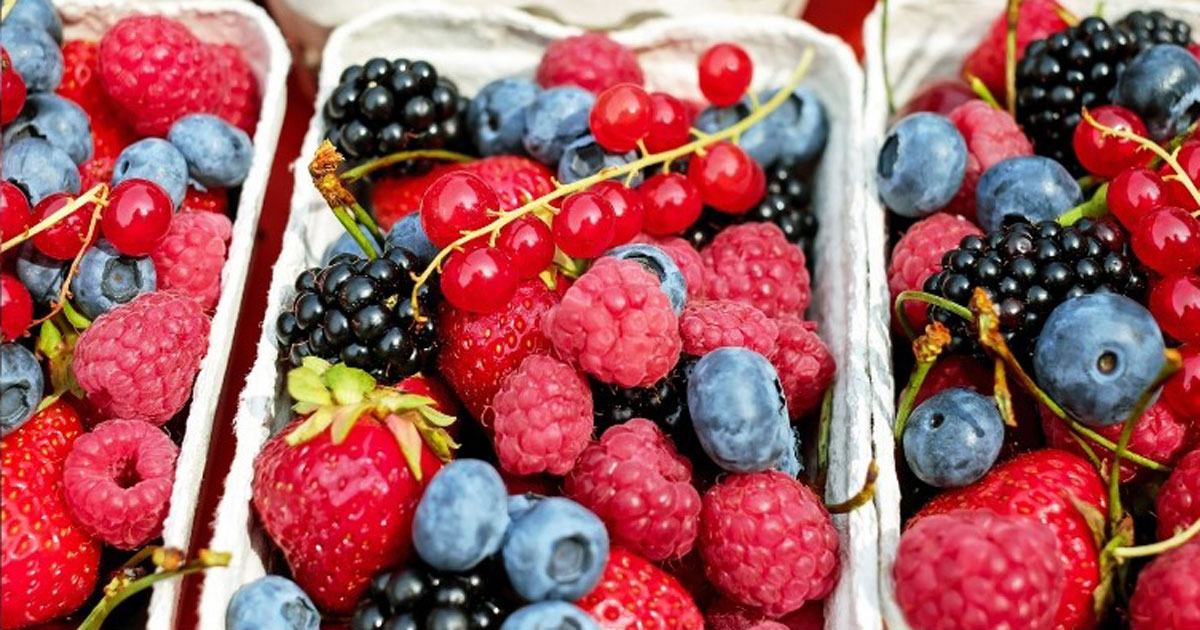 Probably the most nutritious, health-protective foods in the world, berries are true heroes. They contain a wide range of essential nutrients and a whole lot more – a wealth of health-defending antioxidants which have anti-cancer and anti-inflammatory properties and are great for your digestive system.

Even though berries are sweet, they don’t contain much sugar because much of their volume is pumped up by water. What little sugar they provide is well-balanced by the amount of fibre in them so it’s a healthy equation. Berries won’t cause sudden blood sugar spikes and as such are a great food for diabetics.

Click on the top link to read more about all these articles.

Despite numerous meat scandals, the meat industry has more than doubled in recent years in Germany.
Germany is one of the largest meat exporters in the world.

Although there are over 26 million pigs in Germany, pigs are even imported and slaughtered at German slaughterhouses. And: because of overproduction, meat is also produced for the dumpster.
Did you know that the small piglets from different countries are being carted to Germany? Or that Germany exports meat to China and imports cheap meat from other countries? Everything has to be cheap!

More than 16 million pigs are imported from abroad each year to Germany. In Germany, it is already stinking “to the skies”, because Germany was transformed within a very short time to a country where animal suffering is the order of the day.

74,000 pigs are approved in this plant! Imagine that! 74,000 animals on a pig farm, and in addition, it came out that cruel conditions prevailed in this farm after the undercover documentaries by animal rights activists.

The conditions in factory farming are so cruel that many pigs do not even make it to the slaughterhouse.

56.6 million pigs, 3.4 million cattle and about 600 million broiler chickens, so many animals were slaughtered for consumption.

But millions of animals do not make it to the slaughter and already pass painful.
Instead of better animal husbandry, there are now seminars for fattening owners, how they can prevent animal torments are revealed.

The consumer should get a “good conscience” when he reaches for the “cheap meat” in the supermarkets and discounters, which was also produced cheaply. As already mentioned, “it stinks to the sky”, including rotten meat.

Problematic livestock farming, resource consumption and excessive antibiotic treatments – there are many reasons why you should refrain from meat. Despite the meat scandals, the average German still consumes 60 kilograms of meat per year.

But not everything that the German meat consumer uses to meat comes from Germany. While Germany is one of the world’s largest meat producers, meat is also imported from other countries, such as the USA, Latin America or Asia.

China is now ordering more pork from the EU!
In 2018, China imported 1.2 million tonnes of fresh / frozen pork from Europe. In addition, 947,000 tonnes of pig innards were introduced, the latest figures from February 2019. A report from the meat industry in May 2017 confirmed that demand for pork in Germany and the EU is shrinking. Then we ask ourselves: why slaughter more pigs? The meat industry also has an answer to that: exports to third countries increased by 35 percent in pork. That’s why!

The demand for poultry meat, in contrast to other meats, increased by 3.7% in 2018.
1.8 million tons of poultry meat (slaughter weight) consumed in Germany in 2018. In Germany, 30 million chickens die each year before slaughter due to catastrophic housing conditions.

Phil Hogan (right), EU Commissioner for Agriculture and Rural Development believes that the published WHO report that meat is linked to cancer was “misinterpreted” !!. File photo: Alan Betson /

And as factory farming is increasing and more and more animal cruelty on farms is being exposed, offers he Interest Group of pig farmers in Germany e.V. (ISN) its first seminars on “Stable Collapse”. The offer is free and exclusively for members. ISN Managing Director Dr.Torsten Staack will lead the seminars and describe his experiences with stable breakages. According to the announcement, the workshops will take place in January 2019 at the end of February / beginning of March in Lower Saxony and North Rhine-Westphalia.

And again and again, the horrifying extent to which official controls on livestock farms fail.

Pheasant chicks are being shipped through Eurotunnel, destined to be gunned down for entertainment on British shooting estates. These birds were born on factory farms in France, where their parents remain incarcerated in barren battery cages.

Every year, 35 million birds are released into the countryside for the sole purpose of being shot, of which half are imported from overseas. Many of these day-old birds will suffer and die in transport boxes from exhaustion and stress, only metres away from passengers on Eurotunnel’s trains.

Together, with help from our supporters, the League Against Cruel Sports has already successfully stopped ferry companies P&O, Brittany Ferries and DFDS importing chicks on their ships.

Without Eurotunnel this cruel trade would struggle to continue. We’re urging you to publicly tweet Eurotunnel today to demand the company bans transport of game birds for shooting.

Thank you for giving animals a voice,

PS: Twitter is a great way to make a difference, as it highlights these issues in the public. However, if you do not use Twitter then you can still contact the Eurotunnel CEO Jacques Gounon via email at jacques.gounon­@eurotunnel.com