Are the citizens of the EU finally starting to understand things ?

We have always campaigned (along with millions of others in the EU) for live animal transport to be reduced to a maximum of 8 hours. Under constant pressure from the EU meat mafia to keep things ‘as is’, or even worse; we have got nowhere with our demands.

Tonight, 26/5/19; we will see how the EU will change. Those who have always regarded themselves as the ‘gods of Europe’ may well be dethroned this evening. It could be a big positive for animal welfare.

King Junker may start to lose his crown ! 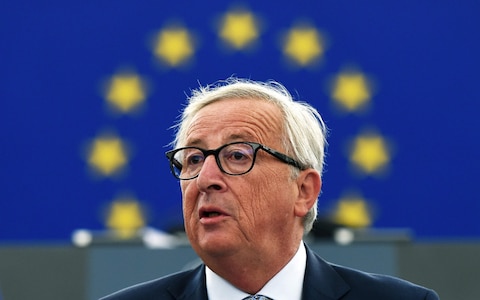 Read all about it !

„I was always bothered by the idea of hitting a beautiful, living, innocent animal over the head, cutting him up into pieces, then shoving the pieces into my mouth. I finally made my decision to stop eating animals when I came upon a ritual slaughter scene during a visit to Israel.

My experiences in the during the Nazi Holocaust had a profound impact on my subsequent life choices. I felt some guilt that I lived when so many others didn’t, and a sense of duty to redeem my survival by assuming their share of responsibility for making this planet a better place to live for all its inhabitants”.

“Thursday, April 19th, marks the 75th anniversary of the 1943 uprising of the Warsaw Ghetto, where I spent three of my childhood years. This event is observed throughout the world as Holocaust Day.

The attached 6-minute video tracks my journey from the Holocaust to the struggle for animal rights and against all oppression.

I hope you find time to view it and reflect on its conclusions” (Alex Hershaft).

Everything that the Nazis did to the Jews, we practice today with the animals!

All around us, there is a system of humiliation, cruelty and killing that can compete with anything the Third Reich was capable of. This system regenerates itself every day from the new, and produces life in the stables only with the intention of destroying it through consumption.

That we must never again raise animals for food or any other form of exploitation“. (Alex Hershaft)”

The moment we talk about it, there are thousands of trucks around the world carrying a lot of sentient beings who have long since understood that they are being led to death.
Injured, bleeding, half-dead, hungry and thirsty beings are taken to the modern barracks and destroyed there in the same way as the Nazis destroyed the deportees at the time.

We have to do such comparisons over and over again.
Only in this way can we make an indifferent and carnivorous society think and provoke discussion about animal suffering, because this society walks around and behaves as if it were normal and natural to consume violence and death.

The wall of anthropocentric-egoistic ignorance can not be broken otherwise. The outrage that such comparisons inflict on certain people shows their ethical deficiency regarding our nonhuman fellow creatures.

“When I see cages crammed with chickens from battery farms thrown on trucks like bund les of trash, I see, with the eyes of my soul, the Umschlagplatz (where Jews were forced on to trains leaving for the death camps). When I go to a restaurant and see people devouring meat, I feel sick. I see a holocaust on their plates. ( Georges Metanomski, a Holocaust survivor who fought in the Warsaw ghetto uprising)

Don`t  be on the side of the hangman.