WARNING – DISTRESSING IMAGES The group of men – all seen smiling – were posing with the dead animal in Tampin, Malaysia

Reports suggest these men were from the Malaysian Civil Defence Force.  Other men in blue suits can be seen in the background.

Sick slaughter of 2,000 hippos as Zambia accused of cashing in on cull

Read the full article from a UK newspaper at:

On Friday, 17th of May 2019, anti-GMO activists invaded a Bayer/Monsanto factory in Trèbes, France. They attached a banner with the text: “Contamination in progress – 20,000 hectares in France with # GMO rape!”

Yesterday also the “yellow vests”  participated in the worldwide “March against Bayer/Monsanto“!

After it became known that Monsanto has led critical lists of critics, the protest is also increasing in France, and not only in France.

The Bayer Group announced that the US company Monsanto has led controversial lists of critics not only in France but also in Germany. At the same time, Bayer / Monsanto has again lost a lawsuit in the US (we have  already reported that: ( https://serbiananimalsvoice.com/2019/05/14/the-criminal-works-of-monsanto/ )

The group has to pay more than $ 2 billion in compensation to a couple with cancer. The two had sued Monsanto for blaming Roundup’s weedkiller for their cancer.
The pressure on Bayer is growing.

On Monday, May 13, 2019, the head of Public Affairs and Sustainability at Bayer, Matthias Berninger, announced that it is very likely that such lists have also been drawn up in Germany and other European countries!!

Because the contract with the participating communication agency FleishmanHillard has extended to the whole of Europe.

The Bayer Group then apologized publicly in the media. As early as Sunday, Bayer announced it would commission an outside firm to investigate Monsanto’s behavior and “secret lists”.

But ultimately it is important that all three trials against Monsanto and its Roundup in the USA have now been won. Another 13,400 lawsuits will follow and there may be even more.

My comment: A war in the form of “David versus Goliath” does not always work out well for Goliath!
The protest in the US will not come to a halt so quickly, because there are always new fires.

Now the small business enterprises in Europe are mobilizing against Monsanto, the example with the pharmacy in France gives courage and hope. The Americans who have sued and won against Monsanto, have also shown us that the fight against the stronger often ends well for David!

What do we learn from this?
Whoever fights can lose.
Who does not fight has already lost.

The plaintiffs are asking the court to stop the permits from being issued.

Wakayama Gov. Yoshinobu Nisaka issues the permits for the town of Taiji, where the hunts have drawn protests. Taiji is also known for its centuries-old whaling traditions.

The 2009 Oscar-winning documentary “The Cove” showed the town’s hunts, where dolphins were chased into a cove and bludgeoned to death, turning the waters blood red. In recent years, they changed their hunting method to suffocation.

The plaintiffs, a former Taiji resident and activist Ren Yabuki, and supporters of the case, say the killings remain traumatic and painful, despite the new method.

Wakayama conservation official Takashi Uede declined comment on the case but stressed that the prefecture believes the hunts follow the law.

The case does not demand monetary damages but could set a precedent in contesting the legality of the killings, according to Takashi Takano, the lawyer for the plaintiffs. “If these people can’t contest the permit, then who can,” he said.

Taiji officials and fishermen have defended the hunt as tradition and say eating dolphin meat is no different from eating beef or chicken. However, the hunts are also lucrative in that some dolphins are sold into captivity at aquariums and marine shows.

The government stands behind commercial whaling and is pulling out of the International Whaling Commission. Whalers are making plans to resume commercial hunting in July, for the first time in three decades.

Taiji is expected to be one of the Pacific coastal towns joining the whaling fleet. 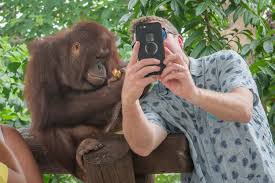 I ask the men how baby elephants born in captivity are broken and trained.

When a baby is about two years old, they say, mahouts tie its mother to a tree and slowly drag the baby away. Once separated, the baby is confined. Using a bullhook on its ear, they teach the baby to move: left, right, turn, stop.

But our investigation shows many creatures lead dismal lives.

A must read – click on the following for an excellent report, with many pictures.

Snakes are the most hunted animals in private life.
Most people are afraid of snakes, most of us fight against them because we automatically feel threatened by them.

Since childhood, we’ve learned to compare sneakiness and malice with the behavior of a snake: “poisonous as a snake” or “he acts evil like a snake …”

I had a snake in my garden, she came every night and got leftovers from the cat food. I could hear she before I saw she and we were friends even though I did not even know if the animal was a she or a he …
That was not important, the friendship was important.
She explored the whole world with her tongue, often she touched from time to time my hand with it, and I knew that was a love sign.

One night she did not come anymore. And since then I have not seen her.

I can only guess that she was killed by someone who learned at school or at home that snakes are evil and devious.

The beautiful video is a little help against prejudice.