Over the past 50 years, global meat consumption has quintupled. Demand for meat and, above all, poultry is rising rapidly worldwide. To cover them, global meat production must increase to 470 million tonnes by 2050. To this end, the meat industry uses: vaccines, antiparasitic and antibiotic products for pigs, poultry and cattle!

Germany is not only one of the largest meat producers, but also one of the largest milk producers in the world.
Subsidized with tax money!
Germany produces 8 million tons of meat every year!
In order to be able to produce that amount of meat at all, it needs food for the animals. Germany imports most of the soya from Latin America. 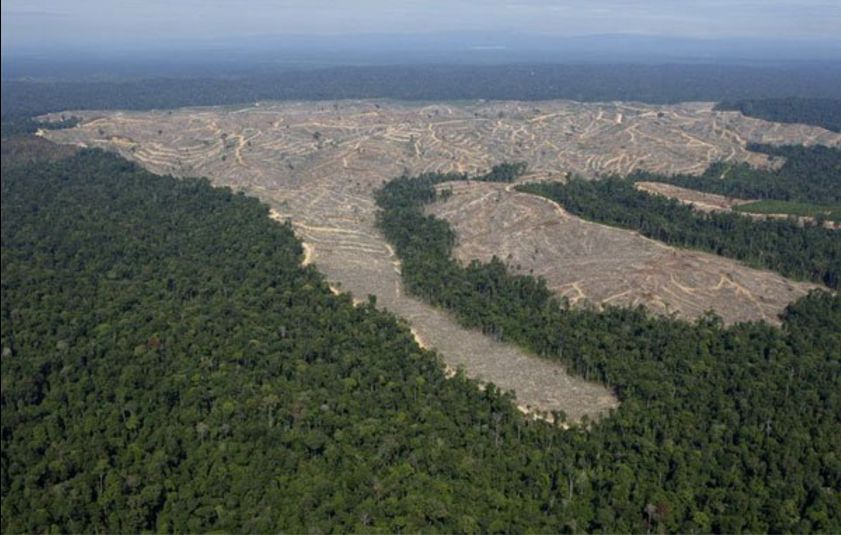 This is the illegal deforestation of Mato Grosso, a federal state of Brazil

This soy, mostly genetically modified, is used for the rearing of chickens, pigs and cattle or for the production of meat, eggs and dairy products.
To be able to produce this amount of soy, forests are cleared and burned.
An extraordinary, century-old ecosystem with a high biodiversity disappears.
So, if the topic of climate change or CO2 is under discussion, why is the topic of factory farming not mentioned?

Animal products are associated with high greenhouse gas emissions, water consumption and inefficient land use!
The agricultural lobby is powerful, that’s well known. And it is subsidized in Germany with tax money, which then for education, care, etc. not available.
From the EU, the German agricultural lobby receives about 6 billion euros and these are causing severe damage in other countries. On average, every EU citizen pays 32 cents a day for the EU’s agricultural policy.

Europe’s largest chicken farm is located in Germany, north of Hanover, where over 2.6 million chickens are killed every week. That’s between 7 and 8 per second. Europe’s largest slaughterhouse for poultry was subsidized with 6.5 million euros from taxpayers’ money!

And to ensure that meat production continues to boom, EU Agriculture Commissioner Hogan promised to help “productive” farm animal owners to open up new export markets, and he referred to market voyages to Vietnam and Indonesia.

In 2017, 35 million tons of soybeans and soybean meal from North and South America were shipped to the European Union – in absolute terms 68 kilograms for each EU citizen.
Without these imports, the production of animal food would not be possible at the current level. Because Europe does not produce enough protein-rich forage plants to be able to feed the large numbers of livestock – especially pigs and poultry, but also cattle. Maize is mainly grown for bioenergy. 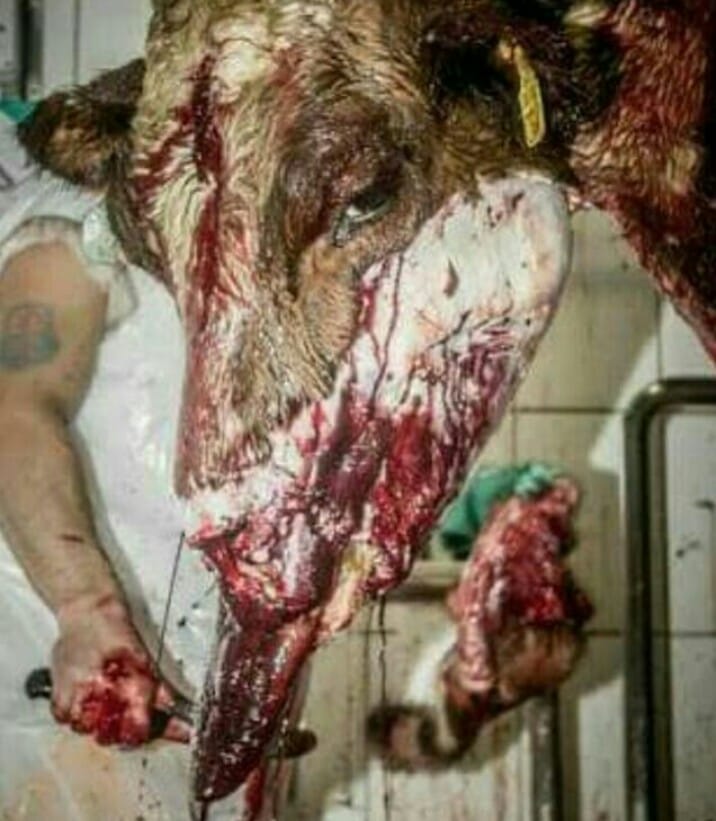 Most of the more than 312 million tons of soybeans grown worldwide feed on humans only indirectly.
Processed into animal feed it serves the growing meat production in the factory.

The vast majority of world trade in soybeans and meal (around 90%) is in those countries where genetically modified soybeans are grown.

Meat consumers eat GMOs without them knowing it. Chickens, pigs and cattle get genetically modified food. In addition to genetic engineering are the pesticides that were made suitable for these genetically modified plants, such as glyphosate. Unfortunately, many people are not aware of the amount of pesticides they are exposed to daily from their diet. The majority of our meat and dairy products come from animals fattened with GMO feed.

It is estimated that over 30 million tonnes of genetically modified feed are imported into Europe each year to feed pigs, poultry, dairy and beef cattle and farmed fish.
Much of the soybean and corn used for this purpose is grown in South America, including Brazil, Argentina and Paraguay.

Cheap meat, cheap milk and cheap eggs can only be produced with cheap soybeans, which, however, the countries of origin pay dearly: deforested rainforests, destroyed environment, poisoning of humans and animals are the result.

“All rivers, all water resources are dead. Where previously grew forests, there are now only soy plantations. Everything is poisoned, which is mainly due to the massive use of agrochemicals. At the same time, indigenous communities, which have always lived in the Atlantic rainforests, have been displaced. Particularly affected are the Guarani’I m’gba” Elias Diaz Pena, Sobrevivencia, Paraguay.

This is not agriculture. This is an environmental crime!

My comment:  The Ex-UN representative, the Swiss Jean Ziegler said:

“A child dying of hunger today is being murdered”!

By whom murdered? Of all those who are involved in this system. This also applies to those meat consumers who are indifferent to the suffering of animals and the destruction of the environment and who finance this system through their purchases.

Because we and our children want to have our steaks, the poor countries sell their crops to the livestock of the rich nations, while in the 122 of the third world countries, and according to UN statistics, 43,000 children die of hunger… per day!!

Each of us makes daily the decision whether he wants to participate in the dirty system of the farm animal mafia by the consumption of meat, milk, cheese and eggs and whether he wants to make himself guilty of the brutal consequences for the environment, the hunger and the suffering of the animals.

We have to digest that well!