Venus and I are both writing posts for the site which we hope make a tiny difference.  How they appear is by pure chance of who gets done first – there is no preference of posts; but please scroll down a little through the site to see if you have missed anything. We are WAV and so will try to cover as many international topics as time allows us.

The following is from Stacey at ‘Our Compass’.  Thanks Stacey.

I am having to show you this as it very dramatically shows the difference you can make by changing to a Vegan lifestyle. If you are a vegan already, then you can complete the sections and see what a difference you have already made. 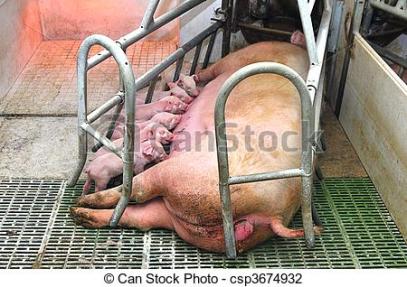 For example; using myself as an example – I have followed a plant based diet for the last 25 years or so. When I put this data into the calculator, I get the following results:

Vegan and Vegetarian calculators are available. You simply punch in how long you have followed the diet; in months or years. Results are immediately published. I think you will find them rather amazing.

Just imagine the savings to our now very fragile earth if everyone adopted a plant based diet – either Veggie or vegan. Then we could see a real difference and start to make amends for immense damage we have impacted on this wonderful planet within what ? , the last 100 years or so – recently; very recently. Animal species are now being wiped out or threatened with extinction like never before; and we have a duty to them to make changes right now, before it is too late.

The recent big climate change demos here in London recently had massive support from the public. Many people were inconvenienced by what was going on; but they accepted that this was a real issue that cannot be put on hold for several more years. There were a few on the tv who naturally had a real gripe that their day was being ruined by the protests; that it was delaying them getting to a meeting or something. I though that they made be delayed; but continue to ignore the problem and in the next decade or so, you may need to bring your swimming trunks to get to the meeting rather than take the taxi today !

Ignorance or what about their future; your future; my future ?

Please give the calculator a go. For me personally, knowing that over 9,000 animals have been saved from slaughter because I choose to eat a healthier way is satisfaction enough; even before I start to look at the CO2, Water and forestation saved by what are really simple changes to your lifestyle.

10, 15 years ago; Vegans and Veggies had a bit of a problem in getting in food products to satisfy their needs. Today it is not like that at all; supermarkets and producers are falling over themselves to get the massive change to plant based that we are now seeing. People will feel physically better in themselves also – when did you last see an obese Vegan ? – sadly; a lot of the entire UK national health system budget goes into helping sufferers with diabetes. Let me give you some current facts to support this:

The cost of diabetes to the (UK) NHS alone is over £1.5m an hour or 10% of the NHS budget for England and Wales. This equates to over £25,000 being spent on diabetes every minute.

Absorb that – £25,000 being spent by the NHS on diabetes every MINUTE.

This is often caused by people becoming obese in the first place and then continuing with what is basically a wrong diet. If they changed to plant based; just think of the savings that would be made all round that could be invested into other things.

At the end of the day each person makes their individual choices. I am not here to preach a Vegan or veggie diet, but I will support and publicise it given the chance.

Use the calculator and see what a difference you can make for animals and for a better planet.

Finally; the most important thing for me:  he does not want to die for my ‘gastronomic’  tastebuds.  I do NOT forget him and what being a carnivore would mean for him.  HIS END. 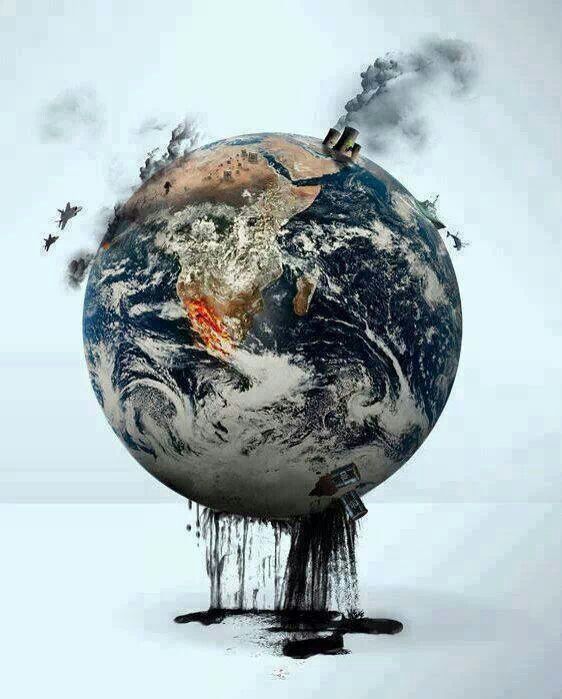 This planet needs you to GIVE A SHIT !

During the 2018 Iditarod, a total of 350 dogs were pulled off the trail, likely because of exhaustion, illness, or injury. One of those dogs, Blonde, later died from aspiration pneumonia—probably as a result of inhaling his own vomit. More than 150 dogs have died in the race’s history—not counting those who were killed because they lacked the speed and stamina to make the cut.

But a handful of companies are still sponsoring this death race, including Chrysler, Donlin Gold and its parent companies—Barrick Gold Corporation and NOVAGOLD Resources, Inc.— GCI, and Matson.

After the 2017 race, a whistleblower came forward with disturbing photographs and video footage that reveal apparently dying puppies and injured, sick dogs at a kennel reportedly owned by Dallas Seavey, the four-time Iditarod champion who was implicated in a dog-doping scandal last year. According to the whistleblower, operators at the Willow, Alaska, kennel allowed severely injured and ailing dogs to suffer—sometimes fatally—without veterinary care.

Dogs in the Iditarod are forced to run nearly 1,000 miles—roughly the distance from Orlando, Florida, to New York City—in under two weeks. On average, they must run 100 miles a day, with only a few brief periods of rest.

They’re subjected to biting winds, blinding snowstorms, and subzero temperatures. Their feet become bruised, bloodied, cut by ice, and just plain worn out because of the vast distances that they cover. Many pull muscles, incur stress fractures, or are afflicted with diarrhea, dehydration, intestinal viruses, or pneumonia.

Up to half the dogs who start the race don’t finish.

This follows a veteran musher’s revelation that she believes that some trainers—including those at Seavey’s kennels—have killed “hundreds on top of hundreds or more dogs” because they were deemed slow or otherwise unfit for races. She wrote, “Sadly, this has been going on in the family ‘dynasty’ for decades.

“These reasons why the Iditarod Race should be terminated will leave you outraged:

1. Dog deaths at the Iditarod are so routine that the official rules blithely state that some “may be considered unpreventable.”

2. If the dogs don’t die on the trail, they’re still left permanently scarred. 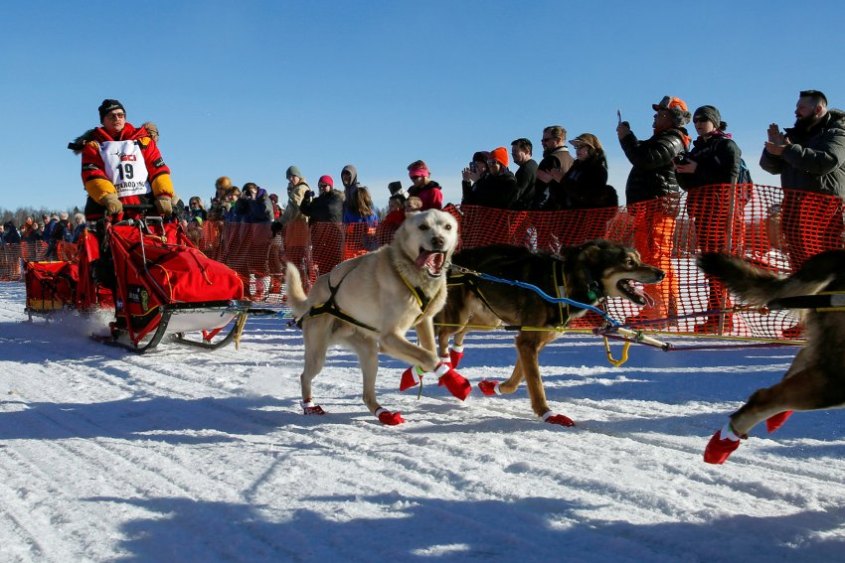 5. As many as half the dogs who start the Iditarod don’t finish.

6. No dog would choose to run in this arctic nightmare.

7. Thousands of dogs are bred each year for sled racing.

8. Dogs at sled-dog breeding compounds have died of numerous ailments. 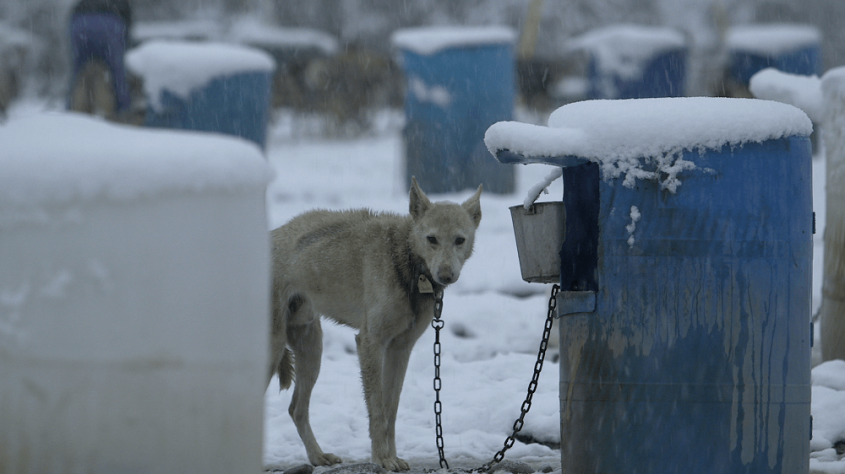 Some have frozen to death, while others have died of complications from eating rocks—presumably a result of the intense frustration of spending years on a chain.

Dogs deserve far better than a lifetime of isolation, cruelty, suffering, and death on the Iditarod Trail. Dogs should never be interchangeable sports accessories. They belong in the warm, as members of a family. We demand that this dangerous and deadly race be finally abolished.

Please urge the Iditarod Trail Committee and the mayors of Anchorage and Nome—the start and finish points—to celebrate Alaskan huskies and protect them from suffering and death by replacing them with willing human cyclists, cross-country skiers, or snowmobilers.

My comment: The dog sled drivers – the so-called mushers – come from the USA, Canada and Norway. Many also from Germany.
Because they probably lead a totally boring life behind an office all year round, these sled cowboys want to experience adventure at the animals’ expense.
Torture, squeezing and suffering is the solution for bored non-users and a common human specialty.
But our protests (and most of all those from PETA) have spilled on some sponsors in recent years, most recently the heavyweight financier Wells Fargo – the money is running out for the Alaska Cowboys.

After discussions with PETA USA, numerous sponsors, including Nestlé, Panasonic and Pizza Hut, have stopped sponsoring the “Iditarod”. To stop further economic support, PETA is calling on all animal lovers to participate in the online protest.

Hopefully! We are doing everything to put an end to this cruel fun for money-hungry psychopaths.