A Chinese theme park has triggered a wave of outrage on social media after it forced a pig to bungee jump off a 68-metre high tower. 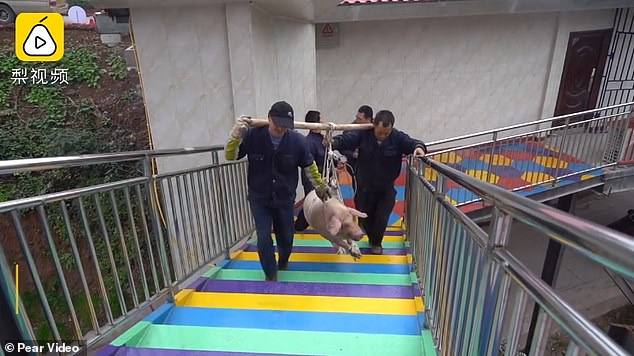 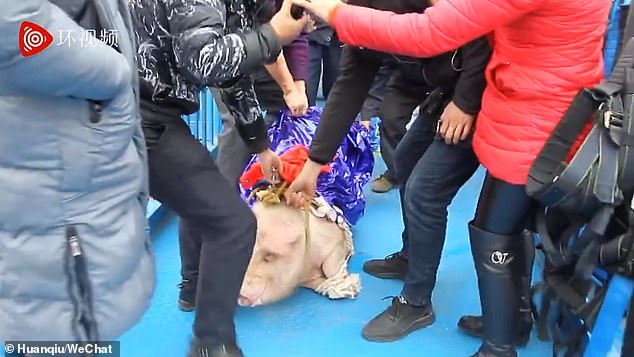 Video footage shows the pig tied to a pole, carried by two men to the top of a tower before being pushed off.

The theme park located in Chongqing said the stunt was held to mark the opening of the new bungee attraction. 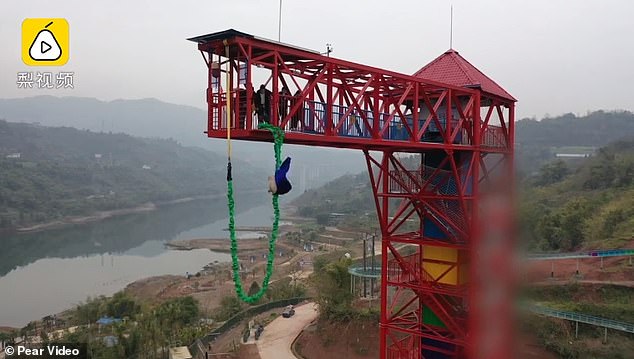 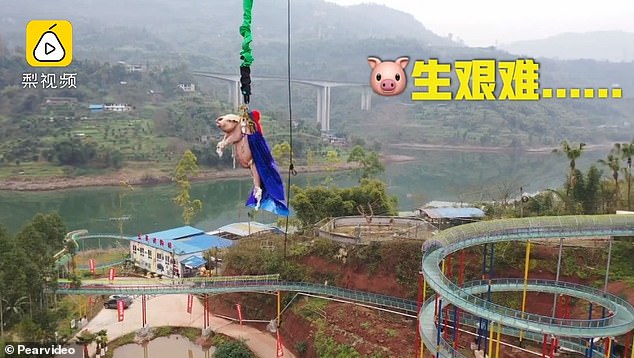 Local media outlets said the pig was sent to a slaughterhouse afterwards.

The theme park has since put out a statement, saying that it accepted the “criticism” it had received.

“We sincerely accept netizens’ criticism and advice and apologise to the public,” it said. “We will improve [our] marketing of the tourist site, to provide tourists with better services.”

The incident took place on 18 January at the Meixin Red Wine Town theme park in the sprawling Chinese municipality of Chongqing in south-western China.

The publicity event – which organisers called the golden pig bungee jump – was held to celebrate the opening of the theme park’s bungee attraction.

The pig, which according to local reports weighed 75kg (165 lbs), is seen being pushed off the tower with a purple cape tied around its shoulders. In one video of the incident, what sound like pig squeals can be heard.

What happens to the pig afterwards is not shown, though many local media reports say it was eventually sent to a slaughterhouse.

Animal cruelty is not punishable by law in China. However, there has been growing awareness of animal welfare issues in recent years.

Though a handful of people defended the incident on social media, saying it wasn’t any different to “killing a pig for food”, the majority of users condemned the company’s actions.

“This is a super vulgar marketing tactic,” said one commenter.

“Killing animals for consumption and treating them cruelly for entertainment are two different things,” another said. “There is no need to torture them like this.”

“Pigs experience pain and fear in the same ways that we do, and this disgusting PR stunt should be illegal,” Jason Baker, Peta senior vice-president of international campaigns, told BBC News.

“The Chinese public’s angry response should be a wake-up call to China’s policy-makers to implement animal protection laws immediately.”

Further reading – The mentality of the theme park CRETIN management has made the news in many UK press articles – here are some: