We have not forgotten!
Over 50 animals died on New Year’s Eve when the monkey house in the Krefeld Zoo (Germany) burned down.
The zoo presented its new construction plans on Thursday: A new monkey prison is to be built for over 20 million euros, in which even more animals than before are to be locked up.

Please help us to prevent the construction of a new monkey house in the Krefeld Zoo!

The zoo director in front of the burned monkey house

Shortly after the devastating fire, those responsible for the zoo announced that they were planning to build a new monkey house and that they also wanted to keep apes.

Please appeal to the mayor, the members of the city council and the zoo to refrain from building a new monkey house and instead to transfer the donations to species conservation projects that use the money to protect large areas of the natural habitats of great apes in Africa and Asia in the long term, and thus theirs Can secure the future.

On the history of the zoo prison in Krefeld.

Apes incarcerated in an outdated monkey house for decades.

The monkey house in the Krefeld Zoo was built in 1975 and was considered “modern” at the time. The great apes were separated from zoo visitors only by a ditch.
But the attitude – especially the great apes – was catastrophic.

There was no outdoor enclosure. For the animals, this meant sitting in narrow, barren concrete bunkers day in and day out, without ever being able to go outside or feel fresh grass underfoot.
Some animals have had to endure for decades, such as the Gorilla Massa.

The gorilla man Massa was kidnapped from his home in Africa in the 1970s at the age of about four to five years. In order to capture gorilla children, their entire family was usually brutally wiped out there.
Since then, the 48-year-old “wild catch” Massa has lived a sad life in the Krefeld zoo until he was killed in the devastating fire.

Two weeks ago, a report by the Interior Ministry revealed that police officers armed with machine guns were on standby during the extinguishing work to kill any animals that were fleeing or panicking.

Only after the extinguishing work was finished were two seriously injured apes discovered in the burned-down monkey house in the morning.
The orangutan lady was released by an overdose of sedative by a veterinarian.

The sedative did not work for gorilla man Massa. He was ultimately killed by a police officer with multiple shots from a machine gun.
For Massa that was the end of a long-suffering.

Please sign our petition to the zoo and the mayor and city council members of the city of Krefeld.

My comment: We already reported about it when the monkey house in the Krefeld Zoo in Sylvesternacht was burned down: https://worldanimalsvoice.com/2020/01/01/germany-30-inmates-burned-alive-in-zoo/

Shortly after the fire, the zoo director announced that a new prison for these intelligent animals should be built.
The Krefeld Zoo received donations of EUR 1.43 million shortly afterward!

Behind this lies the ideology (and desire) of an indifferent society for the monkey’s enslavement with the ridiculous reason of “protecting species”.
In reality, it is no different than the desire for fun and entertainment with primates, which are similar in behavior to us, and therefore suitable for the pastime of Sunday visitors at the zoo.

All those who donated to the construction of the new monkey house are illiterate and indifferent proletarians who believe that slavery is a species-appropriate stance for monkeys and are therefore proud to have co-financed the slave house and its slave owners. 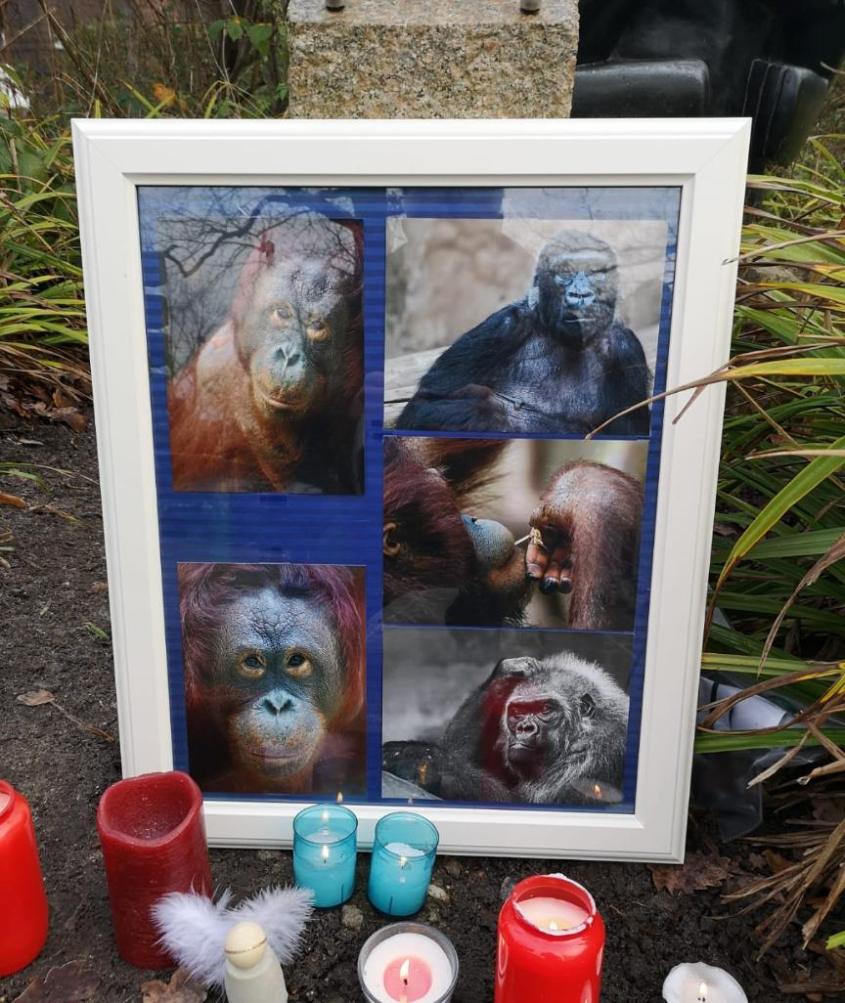