Seven dolphins are captive at the Attica Zoological Park in Athens. They are forced to engage in frequent performances, even though it is illegal, in accordance with Article 13 of Law 4039/12. 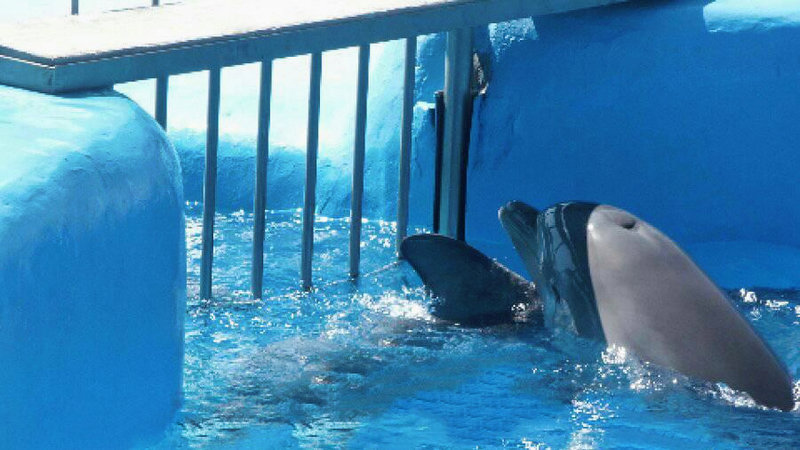 We call for the immediate abolition of those performances and, therefore, the ban of the dolphin captivity in Greece with respective legislation. 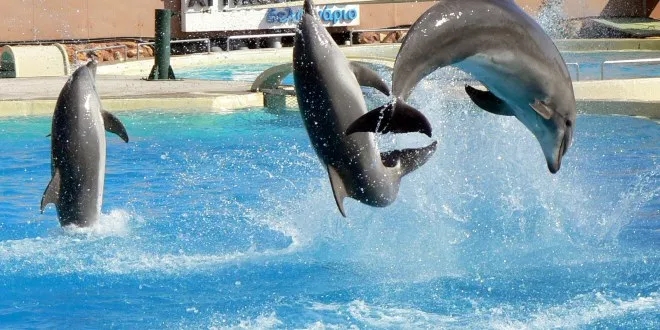 We call on the Ministry of Rural Development and Food, the Vice Minister Ms Olympia Teligioridou and the Regional Director of Attica, Rena Dourou to take all the necessary actions to resolve our request.

the show pool for the prisoners

Incidentally, zoo director and founder Jean Jack Lesueur has recently returned to the media for killing two rare jaguars in his zoo!!
Staff of the zoo of the Attica Zoological Park near Athens shot the two rare jaguars. The incident took place in December 2018. Accordingly, the big cats named Jenny and Spotty had escaped from their enclosure and thus had called the security guards on the scene.

The mission lasted about five minutes. The place with the escaped jaguars was surrounded. Although there was no danger to staff and visitors, the big cats were shot dead.

My comment: Again, some inmates are illegally detained. Unscrupulous slave owners working with the help of sold politicians at the expense of cheap animal entertainment.
Greece is also a victim of the EU’s criminal policy. Thanks to a corrupt government that works loyally and cooperatively with the EU and has sold out the country, the country is bankrupt.

Obviously, some animal tormentors have taken the same practices from their rulers in animal exploitation to earn money. We must try to stop this criminal trade.