One giant leap for animal welfare.

H&M is taking a stand against the unethical animal practices still prevalent within the production of clothing.

According to a recent investigation conducted by PETA Asia, this brutality – in the name of fashion – has become even more evident.

From this investigation, a disturbing video has surfaced which appears to expose the cruel realities of cashmere production in China and Mongolia – the world’s two largest cashmere exporters (they supply 90 per cent of it).

The video – showcasing the violent makings of the cashmere jumper – seems to reveal the vile mistreatment of animals, showing goats screaming in pain as workers proceed to tear out their hair with sharp metal combs. More explicit footage appears to capture the inhumane practices within slaughterhouses, where the goats’ throats are slashed in front of the others, while those who are deemed unprofitable are hit in the head with a hammer.

Following PETA’s release of this research, fast-fashion giant H&M has announced that it will be boycotting conventional cashmere and will cease placing orders on the material by the end of 2020. On the brand’s site, you’ll find an outline of H&M’s 2030 goal, which promises ‘to only use sustainability-sourced materials’, with an immediate plan ‘to gradually phase out conventional cashmere’.

A new PETA Asia investigation into the cashmere industry in China and Mongolia – the world’s top cashmere exporters – reveals extreme cruelty to and violent killing of cashmere goats.

The video exposé shows goats screaming in pain and fear as workers tear their hair out. Later, their throats are slit at abattoirs and they’re left to die in agony. Goats suffered on every farm in China and Mongolia visited by the eyewitnesses.

Together, China and Mongolia produce 90 per cent of the world’s cashmere.

Workers Stepped on Terrified Goats and Twisted Their Limbs

Eyewitnesses saw workers hold down and step on frightened goats, bending their legs into unnatural positions as they tore out their hair using sharp metal combs. 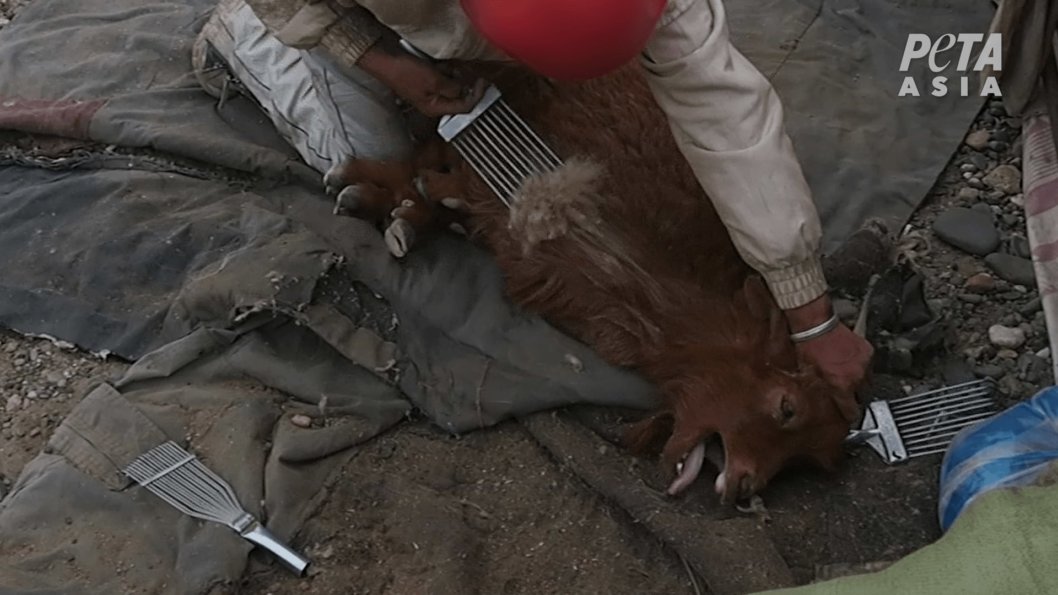 Goats left with bloody cuts from the hair-removal process received no pain relief or veterinary care. One worker simply poured rice wine into an animal’s wound. 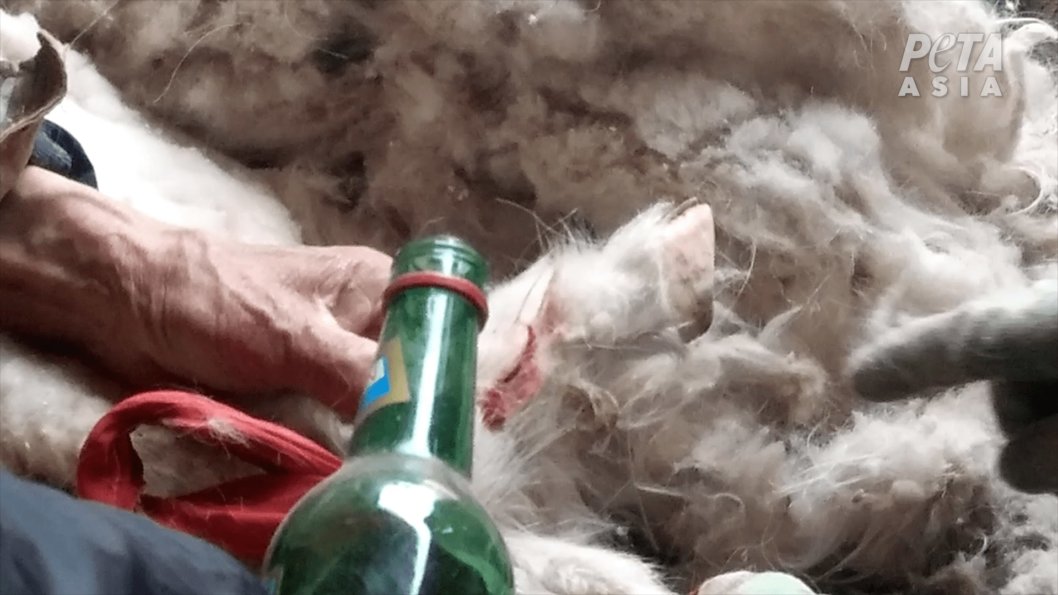 Goats Hit With Hammers and Killed When No Longer Profitable

Cashmere goats deemed no longer profitable endure slow, agonising deaths. At an abattoir in China, eyewitnesses saw workers hit animals in the head with a hammer in an attempt to stun them. In Mongolia, workers were seen dragging goats by one leg onto the abattoir floor before slitting their throats in full view of other goats. They were left to bleed out on the filthy kill floor, and some were seen still moving a full two minutes later. 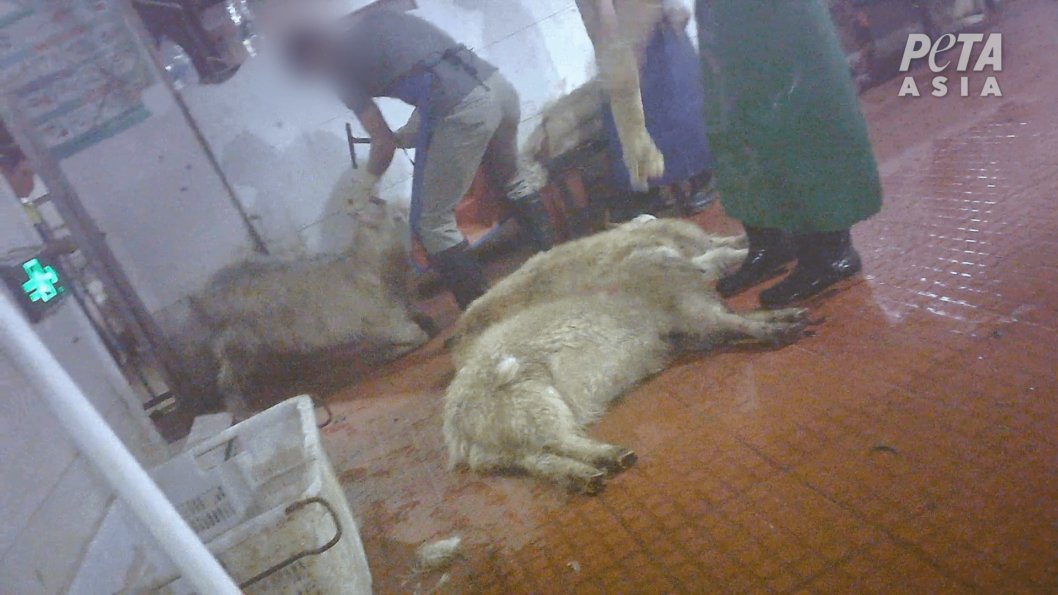 Their flesh is then sold as cheap meat.

Ninety Per Cent of All Cashmere Comes From China and Mongolia

Nearly all cashmere is produced in China and Mongolia, so if you buy a cashmere item, it probably came from goats who were abused in one of those countries.

One goat produces, on average, only 250 grams of hair that can be used for cashmere each year. This is so little that in order to produce just one cashmere jacket, the hair of six goats is required.

Cashmere also has the most destructive environmental impact of any animal-derived fibre. Because cashmere goats must consume 10 per cent of their body weight in food each day and they eat the roots of grasses, which prevents regrowth, the industry is a significant contributor to soil degradation followed by desertification.

Already, 65 per cent of Mongolia’s grasslands are degraded and 90 per cent of the country is in danger of desertification, which has resulted in some of the world’s worst dust storms on record and air pollution dense enough to reach North America.