WAV Comment – Please don’t even talk to me about shit thick tourists who have to do this; ‘I have to get a selfie’ type thing.  This is what your brain dead heads lead to for animals – suffering and death.  No wonder the world is in crisis when we have to have shit crap business like this – Thailand is a disgrace – boycott it.  Mark.

The Tragic Story of “Dumbo”, the Real-Life Performing Baby Elephant –

If stupid, ignorant, uncaring idiots would refuse to pay to go to these horrific places, take “selfies” with wild animals,  it would stop because there would be no money to be made from abusing animals.  As we say, in despair (again).

An elephant calf collapsed ‘with exhaustion’ while tied to its mother as she gave rides to tourists in eastern Thailand last week.

The animal, believed to be around a year old, was attached to its mother by the neck with a length of rope in Pattaya. 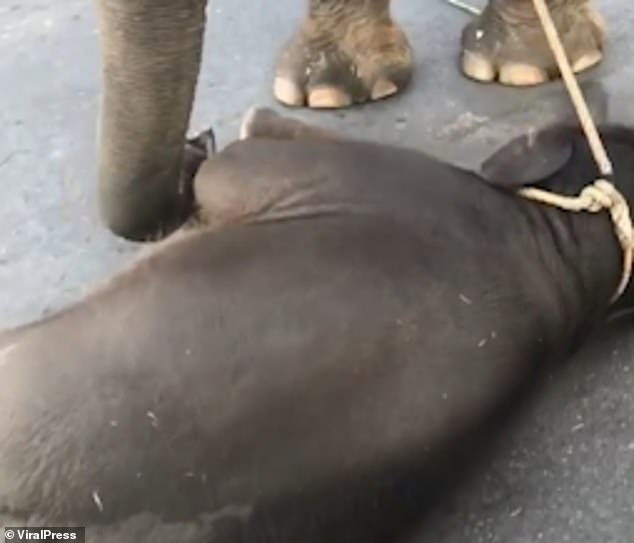 In the clip, filmed by a concerned tourist, onlookers can be heard saying ‘oh no he’s tired’ as the baby rolls on the ground as temperatures approached 40C.

He then stands up and scampers away to keep up with the adult at the Nong Nooch Tropical Gardens. 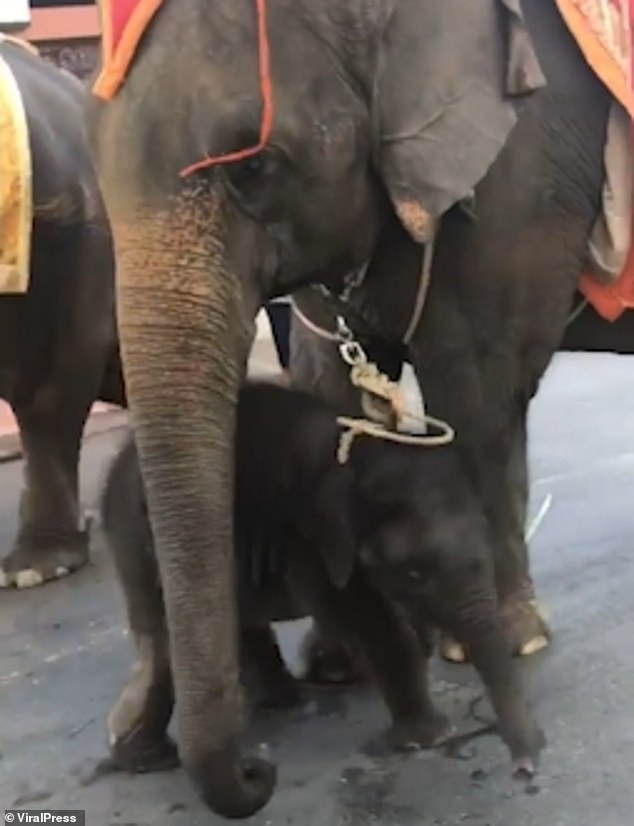 Earlier this month a baby elephant nicknamed Dumbo died at a show in Phuket, southern Thailand, became so skeletal its back legs snapped while performing.

His keepers took him to a veterinary clinic on April 17 where a scan showed that he had broken both of his back legs, and he died three days later.

One thought on “Thailand: Disgusting Tourism Elephant Rides; Baby Collapses In The Heat; Another Dies When It Becomes So Skeletal, Its Back Legs Snap. Boycott Thailand.”