We are including this petition as it is well justified; we are fully aware of the horrendous suffering and slaughter at places such as Yulin; but we also say:

Are not millions of farm animals in the West not tortured and killed for food as well ? – pigs going alive into scalding tanks; ritual slaughter of sheep and chickens without stunning ?

Do we not submit live farm animals to horrendous live transport regimes in the West ? – are live pigs, sheep, chickens and calves not transported for many a long hour across Europe and the USA only to be slaughtered inhumanely at the end of their journey of hell – extreme heat, overcrowding etc ?

‘Hungry, thirsty, and suffering disease and broken bones’ – sounds like what goes on in many Western intensive farming practices to us !

Dog is sheep is cow is pig is chicken is calf. The suffering of all sentient beings need to be addressed – only when we in the West change animal production and slaughter methods should it really start tell others. Going Vegan and putting a stop to dead animals on your plate is the start – do it.

Animals are ALL sentient beings – no matter where they exists on this planet !

Below – Yulin Do Meat Slaughter 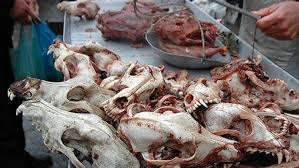 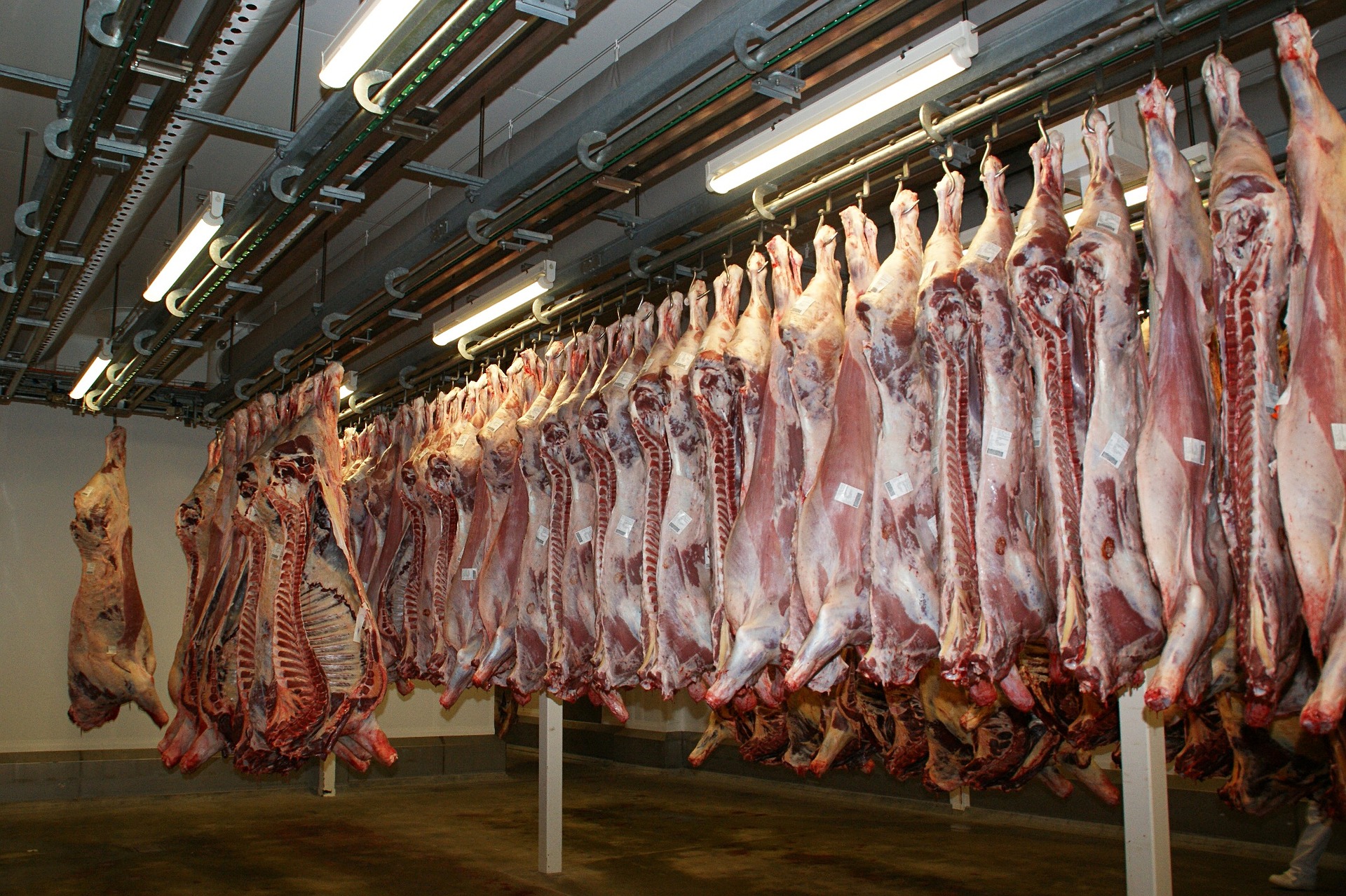 Below – Slaughterhouse In Israel 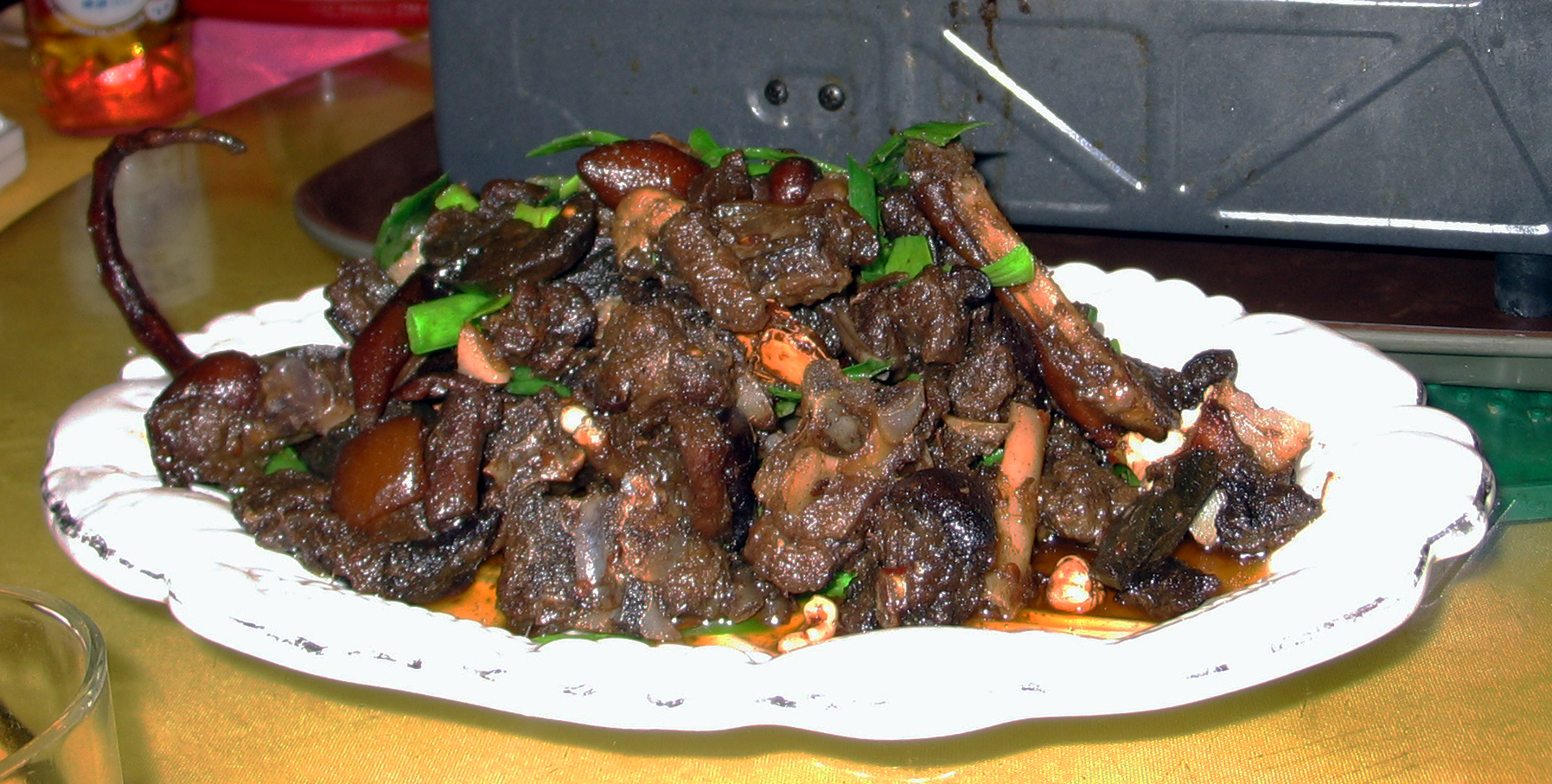 Below – Sirloin Steak on Plate – USA 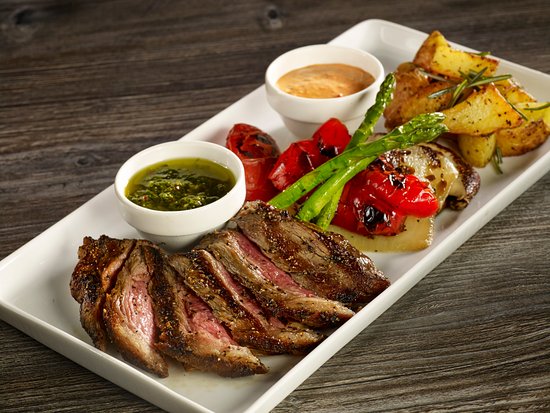 A new resolution introduced in Los Angeles City Council aims to pressure governments throughout Southeast Asia to end the brutally cruel dog meat industry, in which tens of millions of dogs are tortured and killed for food in Vietnam, South Korea, Indonesia, Cambodia, China and other nations.

For a dog, this gruesome industry is Hell on Earth. The animals are bound, crammed into tiny, rusty cages with dozens of other dogs, and transported to meat markets or slaughterhouses.

Hungry, thirsty, and suffering disease and broken bones, these terrified animals must then watch their cage mates tortured and killed in front of them as they wait for their turn.

Because many people believe dog meat is more tender and provides more health benefits if the animal suffers during death, dogs are often hung, beaten, or electrocuted by the butchers.

While some countries have laws barring killing dogs and selling them for food, many of these regulations are unenforced.

While these atrocities may be happening far away from home, animals worldwide deserve our protection and respect; we have the power to influence decision-makers overseas and save the lives of millions of dogs every year.