Netherlands (Dutch) MEP Anja Hazekamp calls on the European Commission to launch an infringement procedure against Romania, after the country authorises mass transport of 70.000 sheep from the Port of Midia to the Persian Gulf while temperatures rise above 45 °C. 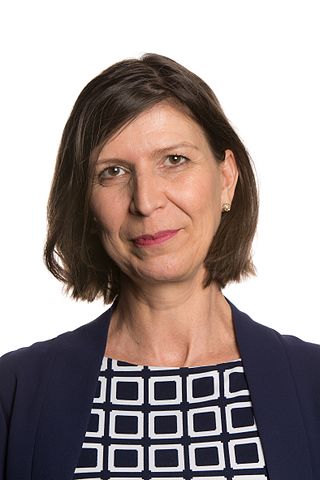 This is in breach with European rules on the protection of animals during transport, which state that inside the vehicle or vessel, temperatures must be maintained below 30 °C during the entire journey.

Over the past couple of days, MEP Hazekamp – as well as European Commissioner Vytenis Andriukaitis – urged the Romanian authorities not to authorise this particular transport. As Romania ignored their calls, the  Kuwaiti vessel ‘Al Shuwaikh’ left the port on Sunday night, carrying tens of thousands of exhausted and mistreated sheep.  “This is totally unacceptable! Despite the many warnings, Romania keeps on violating EU rules, allowing all these animals to suffer and perish aboard this monster boat,” says Hazekamp.

Hazekamp visited the Port of Midia last weekend, where she observed horrendous animal abuse during loading. “Sheep were kicked, beaten and attacked with electric poles, but Romanian authorities refused to intervene.

Europe can no longer look the other way. Animal welfare rules are being violated systematically. The Commission must act now.”

In addition to the infringement procedure, Hazekamp has been advocating a total ban on live animal exports to non-EU countries.

Last February, the European Parliament supported her proposal (in its Implementation Report on Animal Transport). However, as live exports are still continued and as animal suffering during transport has not been stopped yet, Hazekamp called on the newly installed MEPs, to establish a Committee of Inquiry to investigate breaches of EU rules and put an end to the suffering.

Is the new President-elect of the Commission committed to making a change for animals?

Ursula von der Leyen will be the next President of the European Commission after a majority of MEPs voted in favour of her appointment tonight. While animals or agriculture weren’t mentioned in her statement addressing the European Parliament today, Eurogroup for Animals did welcome the support she expressed for renewed actions to improve animal welfare during hearings with Parliamentary political groups last week.

Following a question by Petras Auštrevičius at the Renew Europe meeting, she explained that animal welfare is included in the programme related to biodiversity and climate neutrality. She said that it is one of the questions the people of Europe want the European institutions to act upon, and that it is a “noble task to take on.” After a question by Yannick Jadot at the Greens/EfA meeting, she also stated that animal welfare “should be one of the main pillars of the Common Agriculture Policy”.

During her half-hour opening statement today on political guidelines for the next five years, the President-elect said that she would support the de facto right of legislative initiative for the Parliament – which could mean that long-awaited legislative improvements to animal welfare might finally be within reach.

Notably, Frederick Federley MEP (Renew Europe, SE), a Vice President of the Intergroup on the Welfare and Conservation of Animals, said that the Parliament has long been asking for a framework law on animal welfare, and that since von der Leyen said that she would support a right of initiative – meaning that she commits to respond to Parliament own-initiative resolutions with draft legislation – they are going to “hold her accountable” for this, and would expect such a proposal to be forthcoming as a result.

“After a decade of legislative stasis, we are pleased to welcome a President of the Commission who is a friend to animals both personally and politically,” said Reineke Hameleers, director of Eurogroup for Animals. “We are encouraged by her statements last week, and look forward to working with her Commission over the next five years to deliver real improvements for animals across our Union and beyond.”

When she is sworn in on November 1st, the Brussels-born German politician – who is a horse, goat and dog-owner – will be the thirteenth President of the Commission and the first woman to hold the position.

One thought on “EU: Live Export Latest – MEP Demands Action Against Romania – and … Is the new President-elect of the Commission committed to making a change for animals?”