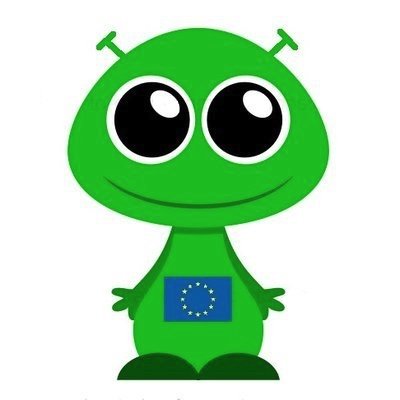 Please note that the following was made on 26/6/19 – is weeks in advance of the record breaking temperatures that have been seen across Europe for the period 22-26/7/19.

In the following it says:

Despite a warning from the EU Commission to Member States not to export animals during hot weather conditions, evidence collected by NGOs at the main EU exit points demonstrates that animals are systematically loaded into trucks and vessels regardless of weather forecast and EU requirements.

We have said all along on this site, that the EU is just not capable of enforcing its own regulations. The so called ‘welfare’ of animals in transport – Regulation 1/2005 is one, the main one, that is supposed to give some protection to animals being transported alive.

Certain EU Commissioners, in the past, have been very outspoken about groups calling for better regulation enforcement for animals in transport. The groups are ignored and instead some of these Commissioners works to just be a mouthpiece for business in their own member state. Like most EU issues, we doubt the EU has the capability to take action against these illegal activities. As Commissioners, they should act for the EU as a whole rather than their own individual member states:

We very much welcome actions by the few member states who are trying to help animals in transport – see their names below – but the reality is as always; the EU talks hard and big about rules and legislation, when in reality, the whole EU system is a farce, a shambles; led by those who can do nothing; and yet together, decide nothing can be done !

As an animal welfare organisation, all that we can do is continue to expose the terrible suffering of animals around the world. Where, for example, the EU fails (as it usually does); then we will present this to you with supportive evidence. And, as another thing, we are still waiting to hear what ‘strict actions’ the EU are going to take against Romania for exporting 70,000 live sheep to the Middle East in temperatures around 40 degrees. 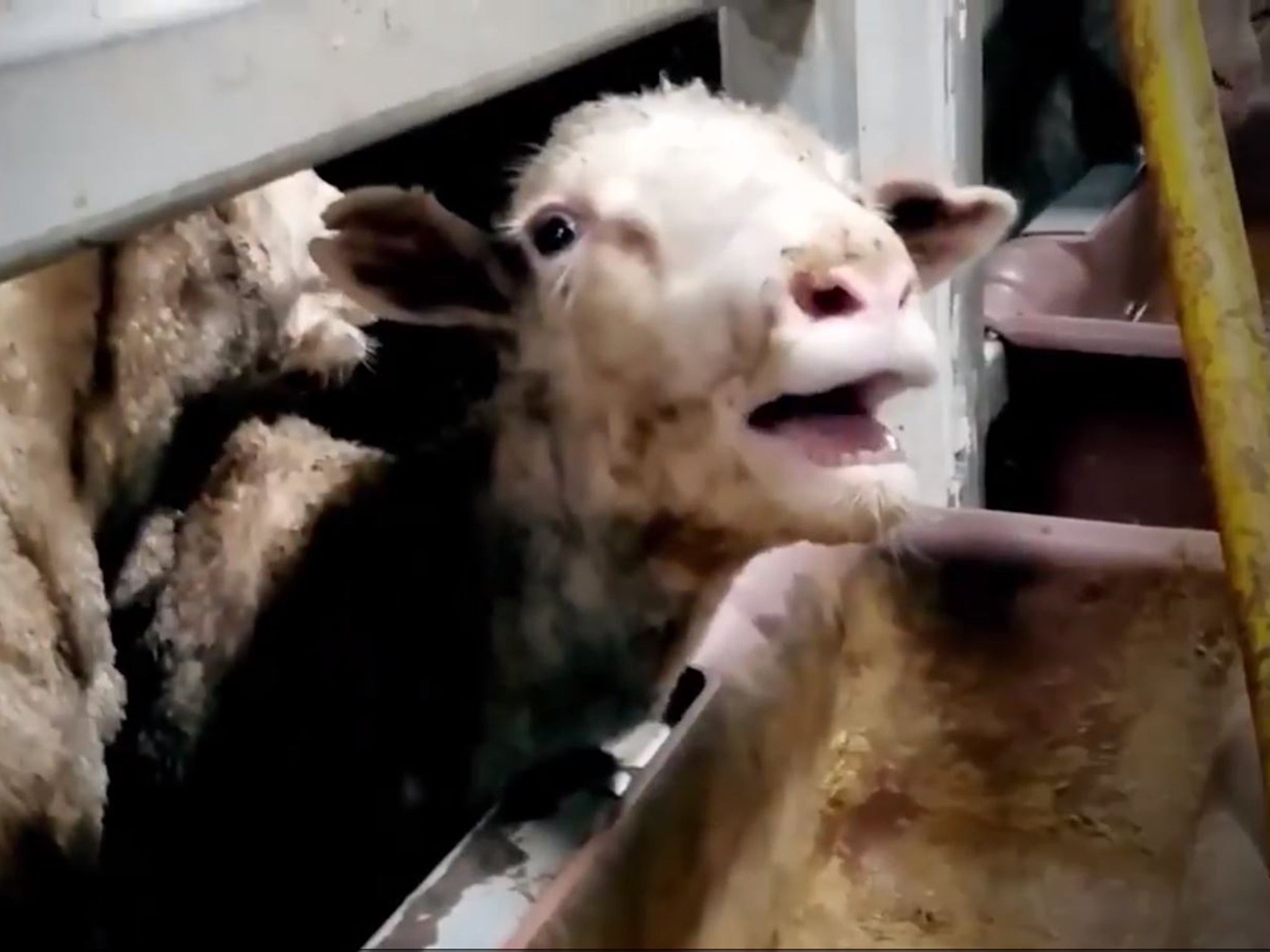 The EU has probably packed up today (26/7) for its long Summer holidays; so we expect nothing soon. Lets hop[e all the MEP’s are not packed together in a 3 tier truck heading down to Turkey for their holidays, devoid of food and water. If they were in that position; just see how quickly the rules on animal transport would change and be monitored very closely.

If you’ve been feeling the heat this week, imagine what it’s like for animals crammed into trucks for transportation – often for several days or weeks – without receiving water and veterinary care, and in temperatures largely exceeding 30 degrees.

Despite a warning from the EU Commission to Member States not to export animals during hot weather conditions, evidence collected by NGOs at the main EU exit points demonstrates that animals are systematically loaded into trucks and vessels regardless of weather forecast and EU requirements. 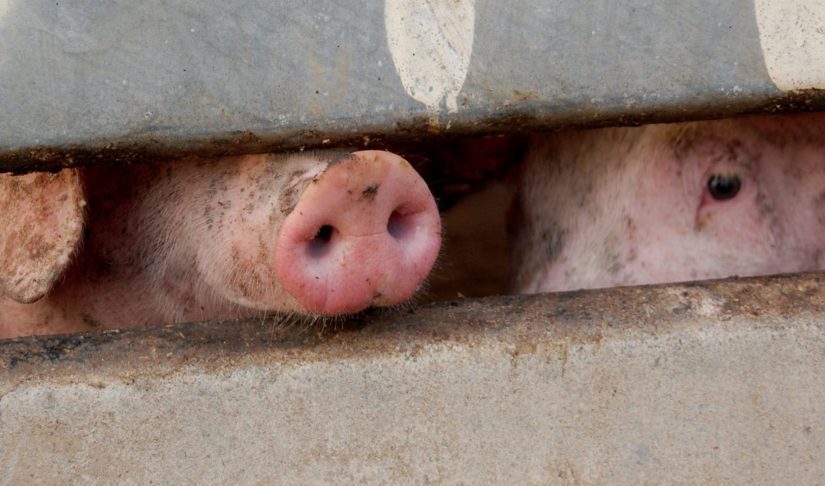 Transportation of live animals outside the EU has proven to be problematic from a welfare point of view even under normal circumstances. With the increase of temperature, the situation drastically worsens. As concluded by DG SANTE: “Due to the inability of the livestock vehicles ventilation system to lower the temperatures in the animal compartment below the external environmental temperature […] it is very difficult for transporters to ensure that animals inside the lorry are kept below 35°C when ambient temperatures are over 30°C”.

Some EU countries are starting to take action to ensure that animals don’t have to endure this hell during heatwaves such as this one. Hungary has recently made a ministerial decision to suspend the export of ruminants to Turkey in high temperatures. The suspension applies to all consignments of live animals without air conditioning, and means that if the temperature of the vehicle reaches a maximum of 30°C + 5°C, the vehicle will be directed to the nearest rest station.  The Ministry of Agriculture decision also forbids trucks to continue on from the Hungarian resting places to Turkey if animal welfare conditions are not met. Some restrictions are also in place in Germany, Austria and the Czech Republic, where due to extreme temperatures for 3 days starting from today, the State Veterinary Administration announced that it will not dispatch consignments of farm animals from the Czech Republic for more than 600 km. 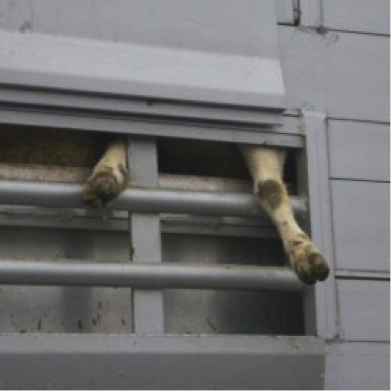 “We welcome the Hungarian ministerial decision and we urge other Member States to follow this example,” says Reineke Hameleers, director of Eurogroup for Animals. “We call on the Member States and the Commission to suspend the live export during summer, as compliance can’t be guaranteed. We need to avoid the immense suffering of the animals as witnessed over the past years at all costs.”

The Federation of Veterinarians of Europe (FVE) stresses that transportation of live animals should not be started if temperatures are expected to exceed 30 degrees during any stage of the journey.

One thought on “EU: Does the EU Enforce Its Own Regulations ? – NO ! – What planet Are You From ?”