Want to hear a story about the EU ?

The European Commission should actually be paying us to do the job of being EU inspectors. But desperation is not in our vocabulary, so we work independently. We have been doing this blog since the first day (15/7) of the shipment from Romania, and only with the modest resources that we have available.

It is illegal and ethically unacceptable for a ship with 70,000 live sheep to be at sea since 15 July.

Primarily the biggest disgrace was that no one was able to forbid the ship to depart in the first place.

Commissioner Andriukaitis (below) has failed. 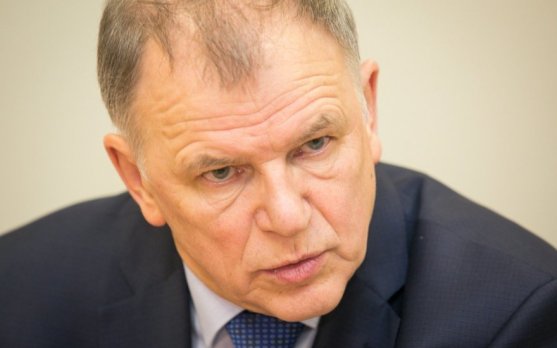 EU countries, as member states, should be forced (policed) to comply with EU animal transport regulations. EU Regulations (1/20005) stipulate that animals can be transported in heat only as long as the temperature in the vehicles does not exceed 30 ° C (with 5 ° C tolerance upwards).

This is stipulated by the Regulation for animal transports over 8 hours journey time.

It has previously docked in Jeddah; and today (29/7) in Jebel Ali which is located in United Arab Emirates.

How many animals are still being carried ? – are they all offloaded at previous ports or are some still aboard and alive ?, what has become of the bodies of those who have died painfully in the past?

Should we wait until they are sighted by tourists and share the beach of Tenerife?

Is not it to be feared that half of the sheep are already dead when they drive around the sea for two full weeks at a temperature of over 40 degrees?

And is not it shameful that none of our highly paid EU Commissioners are worried, how are the sheep going to be disposed of?

Disrespect! Not only towards animals, but also towards the environment, against the law, which is designed by the EU itself to keep everything correct and in check !!.

We at WAV / SAV reported about it.

We were among the 70,000 living beings in this way, that was the least we could do for them, we could not do anything else.

Now we are talking with other animal organisations to approach future campaigns against actions such as this.

In the future, we will often take to the streets.

We are fed up with corruption, indifference, the cheating of people and animals by non-compliant governments and EU oligarchs.

We are many who want to abolish mass animal husbandry and torturous animal transports.

And we will fight hard and consistent for our Animal Companions.